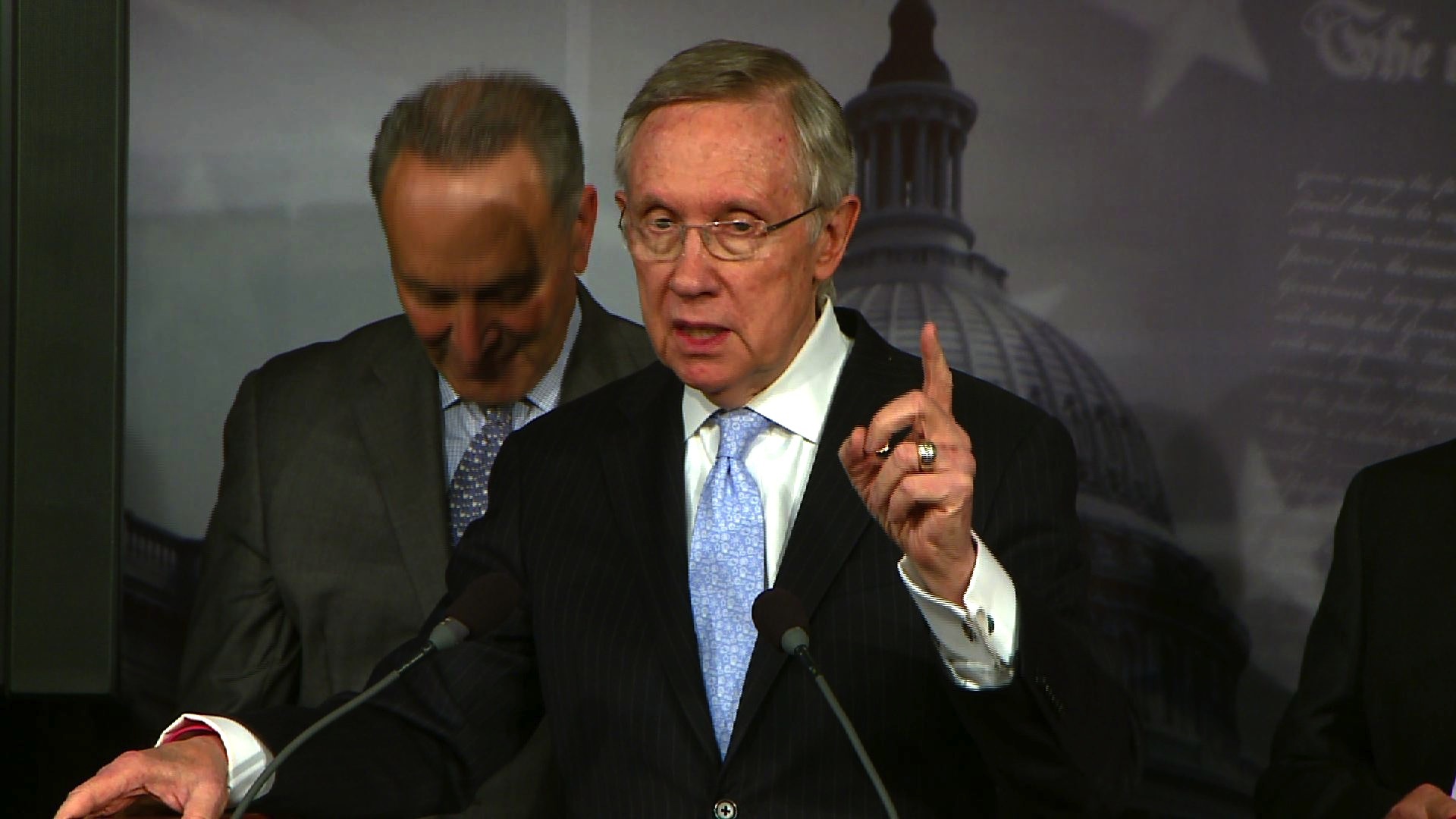 There's no question the ongoing fiscal fights in Congress have high stakes: Millions of federal workers could be furloughed and government services could shut down if Congress fails to pass a spending bill before Tuesday. Meanwhile, if Congress fails to raise the debt limit before Oct. 17, the nation the could risk defaulting on its loans, which would send the global economy into a tailspin.

As negotiations over both matters drag on, exasperated lawmakers -- both Democrats and Republicans -- have resorted to using extreme rhetoric to make their points and criticize the other side. They've made references to Nazi Germany, the Civil War, terrorists and anarchists.

The Senate on Friday finally passed a bill to fund the government for a couple more months, but only after conservatives mounted dramatic efforts to express their opposition to Obamacare.

Sen. Ted Cruz, R-Texas, spoke on the Senate floor for 21 hours, even though he couldn't find the support to successfully filibuster the Senate bill. During that marathon session, he compared "pundits" who think Obamacare can't be stopped to Nazi appeasers.

"Neville Chamberlain told the British people: Accept the Nazis," he said. "Yes, they will dominate the continent of Europe, but that is not our problem. Let's appease them. Why? Because it can't be done. We cannot possibly stand against them."

Before the Senate passed the spending bill on Friday, Sen. Tom Harkin, D-Iowa, criticized his Republican colleagues for their "very dangerous" negotiating tactics.

"We are at one of the most dangerous points in our history right now," Harkin said on the Senate floor. "Every bit as dangerous as the breakup of the Union before the Civil War."

Similarly, Senate Majority Leader Harry Reid, D-Nev., said on the Senate floor Friday that "the Republican Party has been infected by a small but destructive faction that would rather tear down the house our founders built than govern from it."

He added, "A bad day for government is a good day for the anarchists among us."

The extreme rhetoric has come from the Obama administration as well as Congress. President Obama on Thursday accused Republicans of "blackmail," while White House spokesman Jay Carney on Thursday said that Republicans are trying to get "what they want through extortion, tanking the economy and crushing the middle class."

On CNN Thursday, White House senior adviser Dan Pfeiffer compared House Republicans to suicide bombers. "What we're not for is negotiating with people with a bomb strapped to their chest," he said.

Even the Senate chaplain, who opens each Senate session with a prayer, has weighed in on the discord.

"Keep us from shackling ourselves with the chains of dysfunction," Chaplain Barry Black said in his Friday prayer. "Use our senators today to serve your purposes for this generation, making them ever mindful of their accountability to you. Lord, deliver us from governing by crisis, empowering us to be responsible stewards of your bounty."