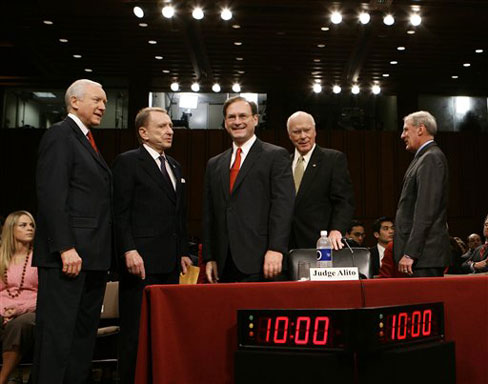 Armon Gilliam came off the bench to score a season-high 24 points and Glenn Robinson added 22 Friday night as the Milwaukee Bucks defeated the Toronto Raptors 94-89.

The retooled Raptors had 10 players in uniform against the Bucks, one more than they had Thursday night when the Chicago Bulls handed them their worst loss of the season, 123-86.

Gilliam, whose previous season-high of 23 points came against the Raptors in December, sparked the Bucks with 10 points in the fourth quarter, including a key rebound basket that stopped the Raptors from regaining the lead with under two minutes left.

The rest of the Bucks' bench players combined for only five points.

The Bucks couldn't catch Toronto until Gilliam, who had 11 rebounds, started a 12-0 run early in the fourth.

Gilliam made two free throws and a tipin before Tyrone Hill's tipin put Milwaukee up 73-72 for its first lead since midway through the second.

Ray Allen had 17 points and seven assists for Milwaukee. Hill added 16 points and tied his season-high with 18 rebounds as the Bucks upped their record to 27-26.

John Wallace had 14 points and nine rebounds for Toronto.

Toronto outscored Milwaukee 17-16 in the third quarter and took a 69-67 lead into the fourth on Chauncey Billups' running jumper.

Allen pulled the Bucks to 52-51 when he banked in a 70-ft shot as the first half ended.

Billups got his Raptors debut off to a good start with seven points, a steal and an assist in the first quarter as Toronto took a 29-21 lead.

Billups was acquired two days ago from the Boston Celtics in a seven-player trade, the largest in Raptors history. Toronto sent Kenny Anderson, Popeye Jones and Zan Tabak to Boston for Billups, Dee Brown, Roy Rogers and John Thomas.

Notes: Shawn Respert made his fourth straight start for Toronto. ... The Raptors bench had averaged 36.1 points in its previous eight games. ... Robinson scored 20 or more points for the 29th time in 32 games. ... A fan won a new car in a haltime promotion when he swished a shot from midcourt.