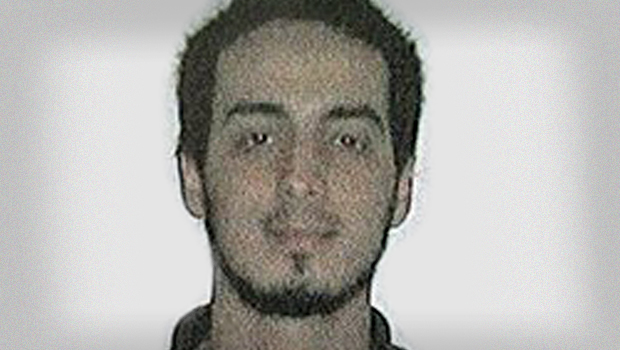 BRUSSELS -- Belgian police investigating the terror attacks in Brussels that left 31 dead and as many as 300 injured have identified the second suicide bomber who blew himself up at the airport as the bomb maker who made the suicide vests used in the November Paris attacks, a U.S. official told CBS News.

The DNA of Najim Laachraoui was verified as that of one of the attackers on Tuesday, after samples were taken from remains found at the blast site in Brussels airport, a European intelligence official and a French police official told the Associated Press.

CBS News correspondent Charlie D'Agata reported that, according to Belgian authorities, Laachraoui's DNA was found on the explosives used in the Nov. 13 gun and suicide attacks in Paris, which left 130 people dead. He was already Europe's most-wanted man when he walked into Brussels Airport on Tuesday morning.

Belgium's federal prosecutor earlier Wednesday identified the other airport suicide bomber as Ibrahim El Bakraoui as the other bomber. Laachraoui and Bakraoui, left and center, are believed to be two of the men captured in an airport surveillance photo, along with a third suspect, right in white coat, whose bomb failed to go off and who was still being hunted.

Ibrahim's brother Khalid carried out a suicide attack at Maalbeek subway station. Both brothers had criminal histories but weren't on the radar of counter-terrorism police, D'Agata reported.

A laptop found during a Tuesday raid of the Schaerbeek area of Brussels contained an apparent last will for Ibrahim Bakraoui, the prosecutor said. The note apparently mentioned Bakraoui feeling increasingly paranoid and worried about ending up in prison after the capture last Friday of Paris attack suspect Saleh Abdesalam.

Also found in the raid were about 35 pounds of TATP explosives -- the type used in Brussels and Paris -- about 40 gallons of acetone, 30 liters (about 10 gallons) of oxygenated water, detonators, a suitcase full of bolts and nails, and other materials used to make explosive devices.

The Paris attacks were believed to have been planned in Brussels, where a handful of the attackers lived or had links. That attack was blamed on ISIS, but the attackers were "home-grown" militants, from Europe.

Born in Morocco, Laachraoui grew up in Schaerbeek, where he reportedly attended a Catholic high school and studied electromechanical engineering, according to the Counter Extremism Project. The Belgian prosecutor's office, Laachraoui traveled to Syria in February 2013

"At a border stop between Austria and Hungary, Laachraoui reportedly presented fake identification documents using the name 'Soufiane Kayal,' the organization said. "A call intercepted by Belgian investigators indicates that two men -- one of whom used the false name 'Soufiane Kayal' -- were senior ISIS operatives who directed the Paris attacks from Brussels."

The Islamic State of Iraq and Syria (ISIS) claimed responsibility for the attacks at Brussels Airport and one an hour later on one of the city's metro trains. Most of the victims were killed in the train blast.