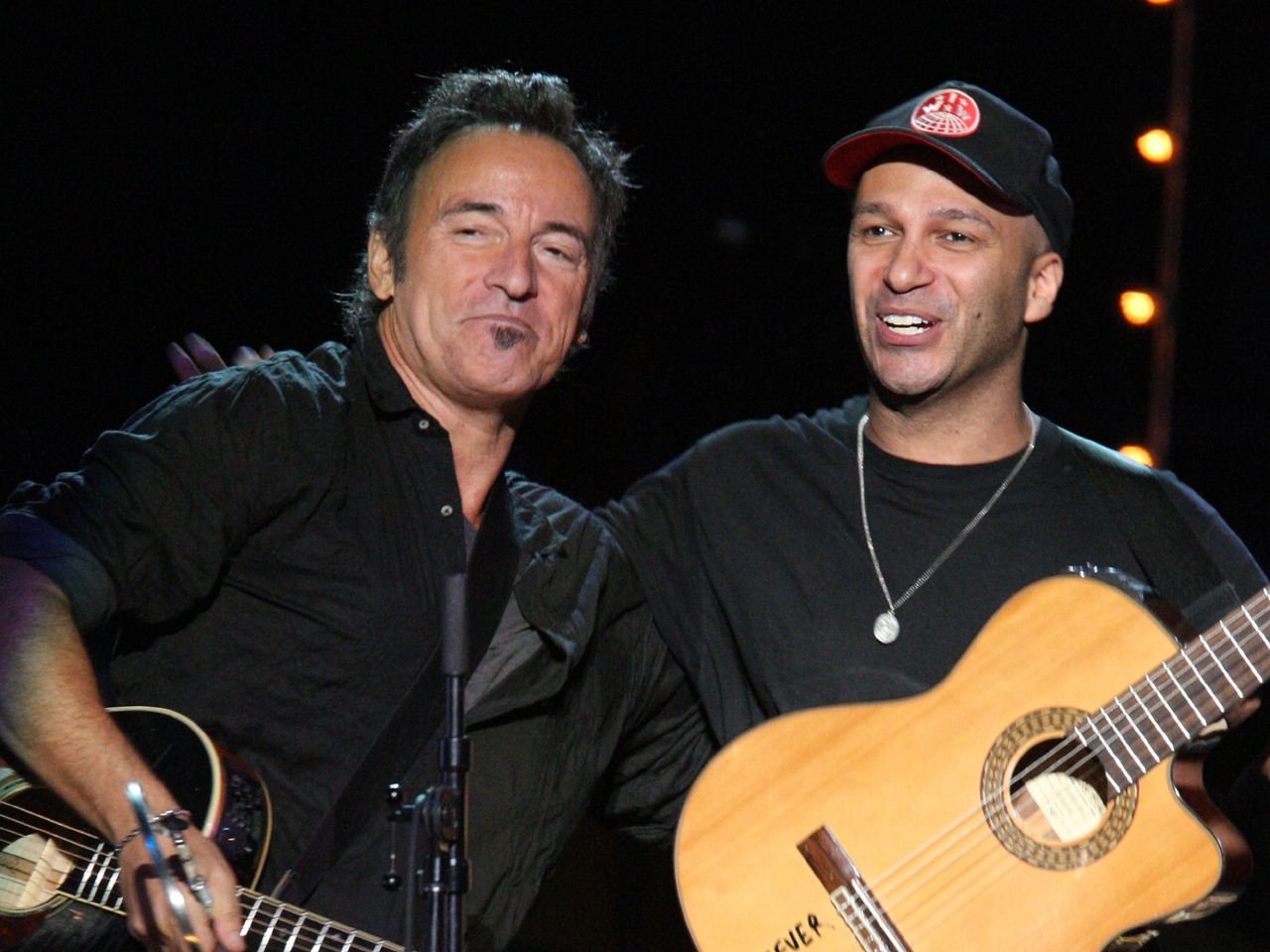 Vedder sang along to "Atlantic City," and both the Pearl Jam frontman and Morello rocked out to "Tenth Avenue Freeze-Out" and "Twist and Shout."

Morello has made many pop-up appearances on Springsteen's tour through the years. Vedder has performed with The Boss, too. He played with Springsteen during the 2004 Vote For Change tour.

Springsteen will be on the road through the end of the year. The tour currently wraps on Dec. 6 in Glendale, Ariz.