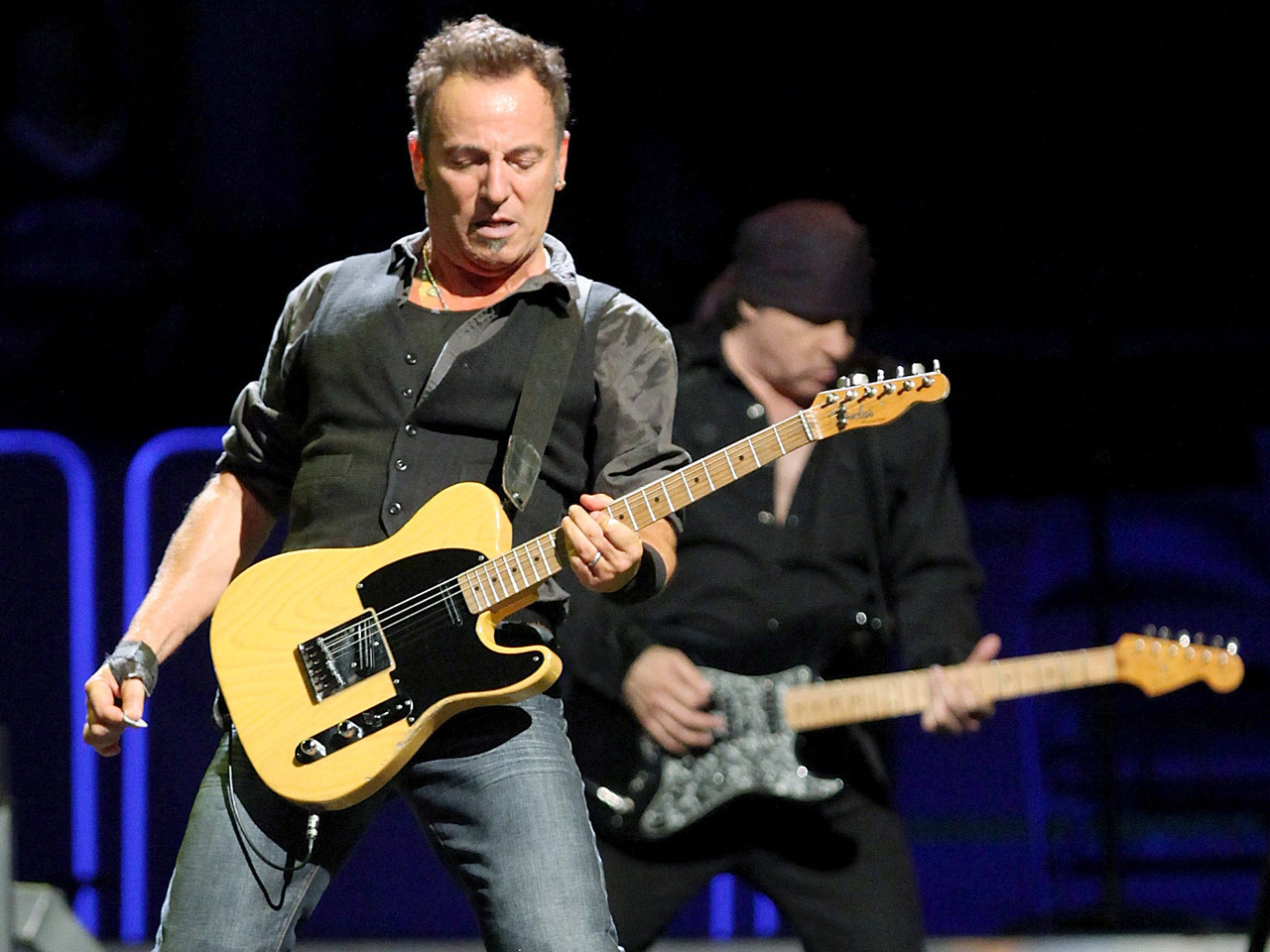 (CBS) All the New Jersey haters out there, take note: There's a reason its residents take the taunting without knocking your block off. Bruce Springsteen occasionally shows up out of nowhere and reminds everyone, including the haters, of New Jersey's rock power.

Rolling Stone reports that Springsteen spent time in Asbury Park on Saturday afternoon at the Atonement Lutheran Church, where he joined a church panel discussion on the history of the city's music scene. Also on the panel were Southside Johnny, Nicky Addeo and The Visionaries' Bobby Thomas.

Later he stopped by the Wonder Bar and got up on stage to jam with the panel members. They did six covers, including "Johnny B. Goode." One of Springsteen's pre-Max Weinberg E Street Band drummers, Vini Lopez, takes the lead vocal on the Chuck Berry classic while sitting behind the kit. Springsteen takes a solo about a minute and 50 seconds in.

In other Bruce Springsteen/Asbury Park-related news, The Boss recently wrote a letter to the "Asbury Park Press" in which he takes issue with several policies of New Jersey governor Chris Christie.