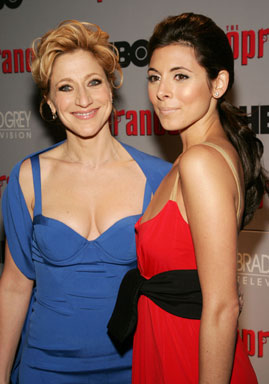 Jamir Miller sees a time when the Cleveland Browns will be winners instead of winless. The Browns looked at Miller and saw the linebacker they want to anchor their defense.

The result was that Miller and the Browns agreed Friday to a four-year contract extension worth about $18.3 million, including $6 million in bonuses.

Miller, 25, originally signed a one-year deal with Cleveland in May after five years with the Arizona Cardinals.

The pact means the expansion Browns can count on featuring Miller as they build their defense. While the unit has struggled as the team has gone 0-7, it also has kept the Browns in several games despite an offense averaging about seven points a game.

Miller has 69 tackles this season and has stood out as the team's defensive leader, although he will miss Sunday's game against New Orleans with a separated shoulder. He is hoping to return to the lineup for Cleveland's Nov. 7 game with Baltimore.

"When Jamir signed with the Browns, it was an extension of faith on his part that he would take a shot on this new expansion organization," Browns president Carmen Policy said. "This contract, Jamir, is intended to be a repayment of that trust you showed us."

Miller, a first-round draft pick out of UCLA in 1994, came to Cleveland after turning down an offer from Arizona and attracting little interest on the free agent market, perhaps because of two previous violations of the league's substance abuse policy. He was suspended four games in 1995 after the second violation.

Miller bought a home for his family in Cleveland despite his one-year contract, figuring that if he flourished here, a long-term deal would follow. He was right.

"I'm just happy that they decided to build the defense around me," Miller said, flashing a big smile. "It's cool."

Miller's agent, Leigh Steinberg, said he and his client weren't overly concerned with the new Browns' slow start because they were impressed with coach Chris Palmer, Policy and the rest of the Browns front office.

"You have to look beyond the short-term. We feel they have the building blocks to be a winner for years to come," Steinberg said.

Policy said that Miller's signing is a signal to the rest of the Browns players.

"I think it's a good sign as to how the Cleveland Browns feel about those players that take care of this organization," Policy said.

Potential free agents may also note that Miller is confident enough in the Browns to stay with them, he added. Miller said he would be glad to make recruiting calls to free agents i the offseason.