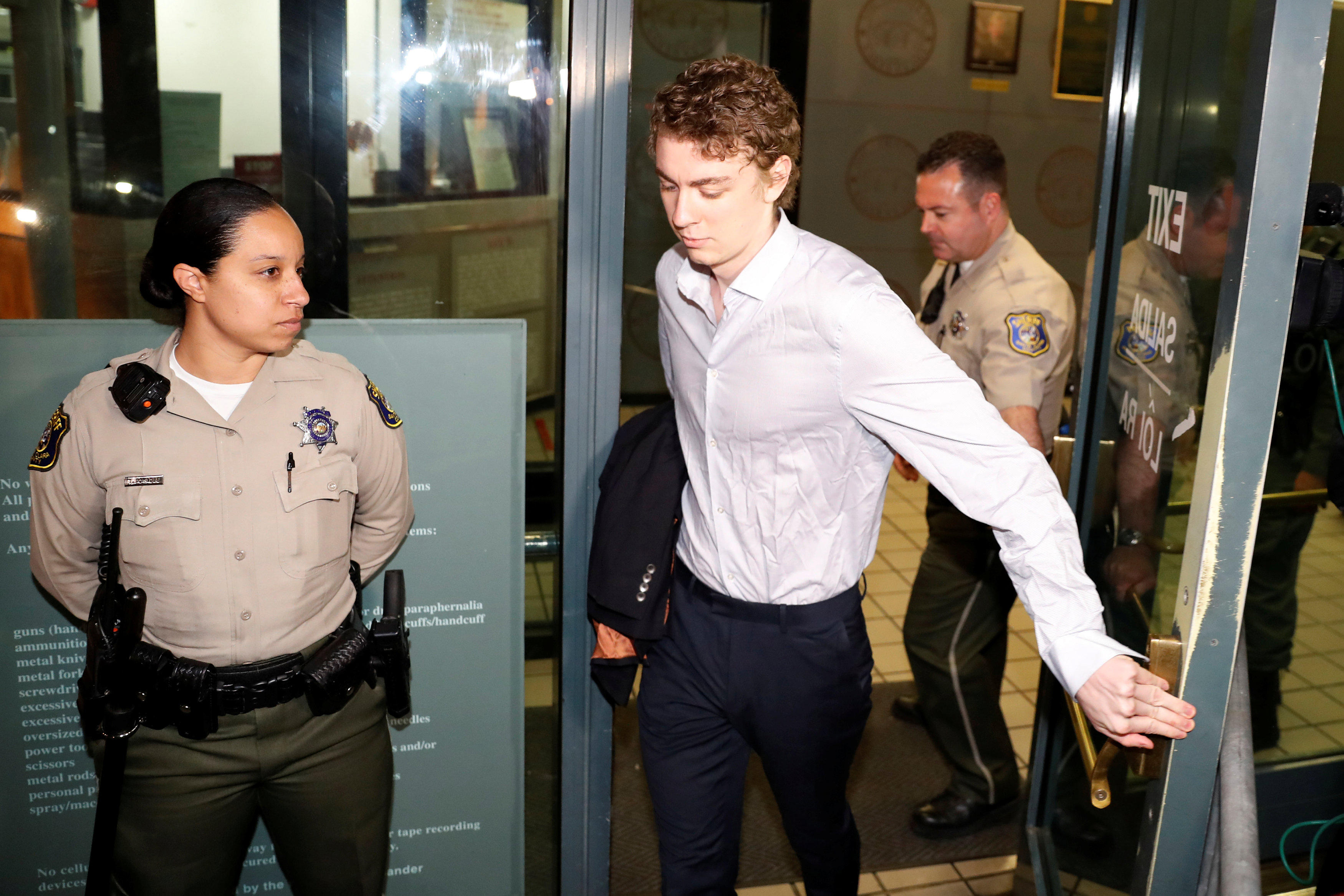 The one-time Olympic hopeful swimmer walked out the main entrance of the Santa Clara County jail shortly after 6 a.m. PDT. Turner, who kept his head down and didn’t acknowledge the media, was carrying a large packet of hate mail sent to him during his incarceration. The tall and lanky Turner appeared to be wearing the same shirt and pants he wore during his June 2 sentencing hearing, carrying his suit jacket under an arm.

A local television station followed the rented SUV that picked him up to a nearby hotel where he checked in with his parents. He plans to head to his native Ohio to live with his parents. The 21-year-old must register as a sex offender for life and faces three years of supervised probation.

Turner’s case exploded into the spotlight when a poignant statement from the victim swept through social media and critics decried the sentence as too lenient. It prompted California lawmakers to pass a tougher sexual assault law and led to an effort to remove the judge from the bench. The victim said it wasn’t fair that Turner’s loss of his athletic career was taken into consideration when sentencing him.

Santa Clara County Sheriff Laurie Smith said Turner received nonspecific threats while locked up in addition to the packet of hate mail given to him as he left jail. She said he was held in “protective custody” during his incarceration but that his time in jail was uneventful and her department didn’t receive any credible or serious threats. “There was a lot of hate,” she said.

Smith said she believed Turner’s sentence was too light.

“He should be in prison right now,” the sheriff said.

Smith urged Gov. Jerry Brown to sign a bill passed Monday that would require mandatory prison sentences for the same crime Turner committed. Brown hasn’t said whether he will sign.

Turner was convicted of assaulting the young woman near a trash bin after they drank heavily at a fraternity party in January 2015. He plans to appeal.

A few protesters jeered Turner as he left the jail and more began gathering in front of the nearby courthouse to advocate for the judge’s ouster.

“His sentence was upsetting and unsettling,” said Christy Heiskala, who said she flew from San Diego on Thursday night to attend the protest. Heiskala, 41, says her daughter is a high school senior planning on attending college next year.

“I’m concerned about her safety next year,” Heiskala said. “That’s why I’m here.”

Following backlash and a push for a recall, Persky voluntarily removed himself from hearing criminal cases, starting next week.

California jail inmates with good behavior typically serve half their sentences. Ohio prison officials earlier this month agreed to take over supervision of Turner’s probation. Turner must register as a sex offender when he gets to Ohio.

Greene County Sheriff Gene Fischer said Turner has five days to register with his office in Xenia, Ohio, 15 miles east of Dayton. He will have to report to a probation officer for three years and must avoid alcohol and drugs during that time.

Fischer said his department will send postcards to Turner’s neighbors informing them that a convicted sex offender is moving nearby. Turner will be required to register every three months in person at the sheriff’s office, reaffirming that he is still living with his parents, the sheriff said.

Deputies also will check on Turner periodically and without warning to ensure he has not moved without permission from authorities.

Turner is barred from parks, schools and other places where children are expected to gather.

“He will be treated no differently than any other sex offender we monitor,” Fischer said.