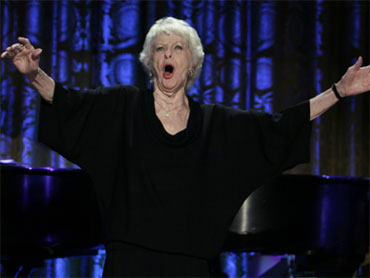 Broadway has come to the White House for a night.

President Barack Obama and first lady Michelle Obama hosted Broadway performers Monday for an evening of show tunes. It was the latest installment of an ongoing music series that has previously featured classical, jazz and other genres.

Nathan Lane hosted. He joked that theatergoing hasn't been popular for presidents since Abraham Lincoln, but noted that the Obamas enjoy a night at the show.

Obama spoke beforehand, praising Broadway music as a "truly American art form." The president said that whether they like to admit it, everyone has the lyrics of a few Broadway shows stuck in their head.