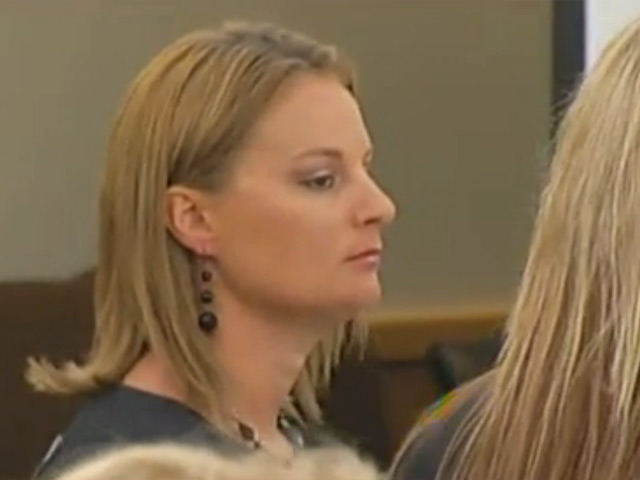 (CBS/AP) FORT WORTH, Texas - Cellphones provided condemning evidence Tuesday against former Fort Worth high school teacher Brittni Colleps, who is on trial for allegedly having sex with five of her students, CBS affiliate KENS reports.

Colleps, a 28-year-old mother of three and former English teacher at Kennedale High School, is accused of having group sex with four teenagers while another student videotaped the act with his cellphone, according to The Star-Telegram.

The alleged video was played for members of the jury. The cellphone video did not show Colleps' face, but it reportedly showed a woman's back as she was having intercourse with at least two different students while the others were in the room.

A student pointed out a distinctive tattoo on the teacher's lower back, The Star-Telegram reported.

Colleps is charged with several counts of improper relationship between educator and student. If convicted, she could face up to 20 years in prison.

Regardless of the accusations, Colleps' husband is choosing to stand by her side.

"I want you to know I love my wife. I have loved my wife since the moment I laid eyes on her over 11 years ago," said Army Specialist Fourth Class Christopher Colleps. "I have always supported my wife, and I will continue to support my wife through this whole, entire ordeal."

More on Crimesider
May 17, 2011 - Texas teacher allegedly had sex with 5 students in her home