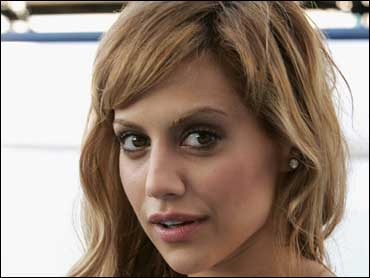 Actress Brittany Murphy has married screenwriter Simon Monjack in a private ceremony in Los Angeles several weeks ago. This is the first marriage for both.

"It was officiated by a rabbi, and they were surrounded by their families," her publicist told The Showbuzz Tuesday.

Word of the marriage got out after the couple was spotted flashing their wedding rings during a Playboy party at the Kentucky Derby last Saturday.

A source told Us Weekly magazine that Murphy and Monjack were "drinking Crown Royal and didn't want photographers to take pictures of their rings because they were making a formal announcement Monday."

Murphy, who is known for her roles in "8 Mile, "Sin City" and "Clueless," was previously engaged twice.

In August, 2006 Murphy broke off her almost two-year engagement to Joe Macaluso. She was previously engaged to her manager, Jeff Kwatinetz.

Ashanti on the roots of her success and "how my story ends"
Thanks for reading CBS NEWS.
Create your free account or log in
for more features.
View CBS News In
CBS News App Open
Chrome Safari Continue
Be the first to know
Get browser notifications for breaking news, live events, and exclusive reporting.