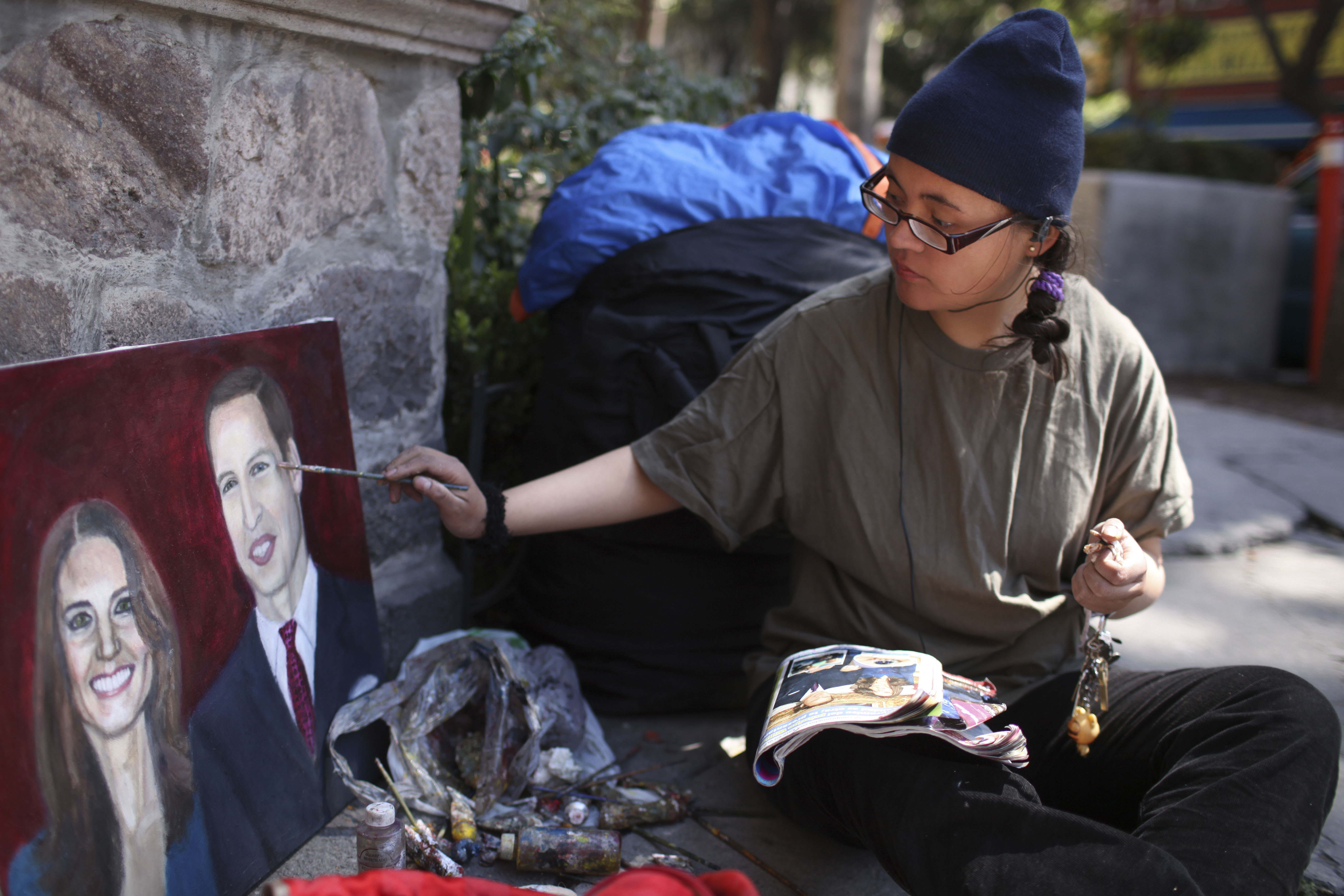 MEXICO CITY - A Mexican teenager has hit another snag in her desperate quest to see Prince William and Kate Middleton heading to the altar.

British immigration officials in London have turned away Estibalis Chavez, 19, who staged a hunger strike outside the British Embassy in Mexico City for 16 days in February in an unsuccessful bid to wrangle an invitation to the royal wedding.

Octavio Fitch Lazo, a lobbyist who was moved by Chavez's determination and paid for her plane ticket to London, said Monday that the teen told him she had been sent back to Spain. Fitch said customs officers told her she didn't have enough money or a safe place to stay for the three-week trip she had planned.

Chavez, who hopes to at least catch sight of some of the royal festivities outside Westminster Abbey for Friday's wedding, could not be reached for comment.

Fitch said the teen was told she could enter England if she found someone to pick her up at the airport. He said Chavez was now reaching out to journalists in Madrid, where she is staying with people she met while stopping over on the way to London.

Chavez flew out of Mexico City on Thursday, almost two months after she was rejected outside the embassy with a letter from a representative of Prince William.

Many Mexicans had mocked Chavez and called her the "crazy lady of the embassy" while she starved at her lonely tent in February.

Chavez said her fascination with Britain's royals dates back to her childhood. Her father, Pedro Chavez, told her that her mother, who died giving birth to Chavez, adored Princess Diana, Prince William's mother.

Fitch, who lobbies Mexico's congress to adopt silver coinage, lent Chavez $1,250 (15,000 pesos) for a flight to London. He also drove her from the slums north of Mexico City, where she lives with her aunt, to the airport Thursday.

He said he had received three emails from Chavez. The first said simply: "help me."