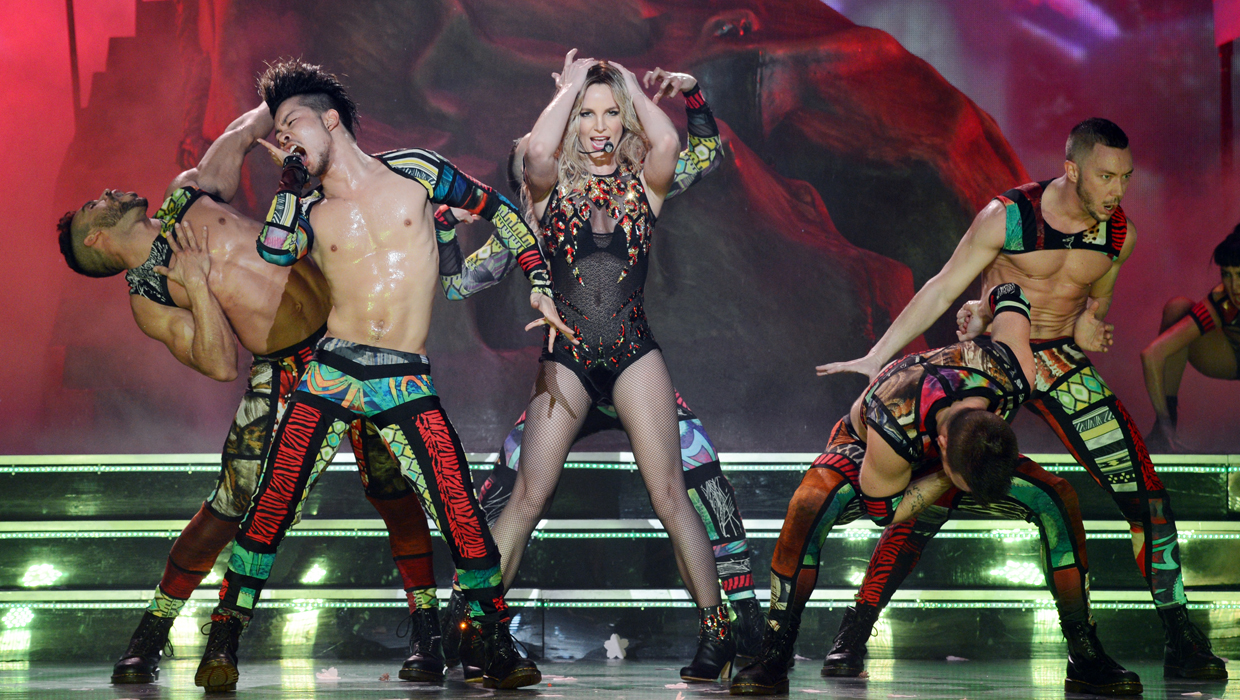 Britney Spears took a tumble while performing at the Planet Hollywood Resort and Casino in Las Vegas Wednesday night.

Video footage from the crowd shows the pop star dancing across the stage before falling to the ground in the middle of the routine.

Spears, 33, set up shop in Vegas for her Piece of Me residency. The show grossed an estimated $50 million in ticket sales in a little more than a year.

Spears recently collaborated with Australian rapper Iggy Azalea on a new single, expected to appear on Spears' next album.