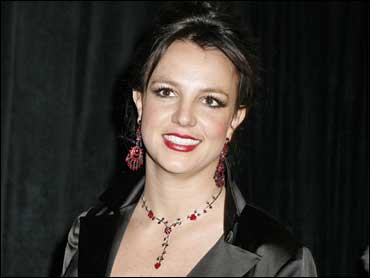 Britney Spears was the subject of intense media scrutiny Friday: Had the 25-year-old pop star checked in — and quickly out of — rehab?

People magazine's Web site, citing "a source," said Spears had gone in and out of rehab, and identified the facility as Eric Clapton's Crossroads center in Antigua, in the Caribbean.

"Access Hollywood" then said the reports weren't true, but didn't cite a source.

A woman who answered the phone at Crossroads told The Associated Press that she couldn't confirm or deny anyone's presence at the facility.

On Tuesday, a gossip blog on the Hollywood.com Web site posted an e-mail that it said was from a former assistant to Spears, describing how the pop star was spiraling toward rock bottom and how friends and family wanted her to seek treatment.

"I cherish ALL the incredible opportunities that came my way thru my job with Britney and am crushed/saddened/heartsick by the way her life is unfolding," says the e-mail.

Ruben Garay, who runs ThatOtherBlog, said the e-mail had come from Felicia Culotta, who was identified as having worked for Spears for nearly 10 years.

"I assure you with 100 percent certainty that the ... e-mail that Felicia sent in is 100 percent accurate," Garay told the AP in a phone interview. He also said the e-mail was legitimate.

Garay said he ran the fan Web site worldofbritney.com, which he shut down last year, and has known Culotta since 2003.

He declined to put the AP in contact with Culotta.

The e-mail, addressed to "Ruben," was sent in response to an editorial "Why Britney Is Asking for It," according to the blog.

"I want you to know Ruben that WE (as in her Family and nearest and dearest — ALL of whom are not on the payroll anymore!!) are doing EVERYTHING in our power to get help for Britney," writes Culotta, who says she worked for Spears for nearly 10 years.

Since filing for divorce from Kevin Federline in November, Spears has drawn criticism for her drinking, partying and sloppy appearance.

"Ruben," who runs ThatOtherBlog, told The Associated Press on Friday that Culotta is a good friend and that he is declining media requests to interview her. In her e-mail, Culotta said she is working as a corporate flight attendant and living in Mississippi.

Gina Orr, Spears' publicist at Zomba Records, didn't immediately respond to an e-mail Friday from The Showbuzz asking for comment.

"There's just so much you can do to help a person — I don't dare want to be an enabler, and I cannot love her enough for the both of us," Culotta says.

"I cannot convince her in ANY way to love herself. ... I cannot save her from herself, nor can I commit her to any type of treatment program against her wishes and will."

Culotta says Spears' friends are doing "all in our power to NOT pad the bottom or move the bottom, so when she does indeed hit rock bottom, she'll stand up and walk away from this whole fiasco a new, confident, changed, career-driven Britney like we all knew and loved."

Earlier this week, Spears reportedly drank shots of tequila from a bottle and disrobed so she could try on bikini costumes in a dancer's dressing room at a club, the New York Daily News reported.

Early Sunday morning, paparazzi caught Spears emerging from her limo, the driver covering her with a jacket, with a puddle of what looked like vomit visible in the back seat. She spent the evening hanging out in Manhattan's Club Tenjune, the newspaper said.

A video of the singer purportedly emerging from the limo was posted on TMZ on Monday.

The Daily News reported that Spears was out on the town again late Sunday night, making an appearance at a party at a club called One with a couple of male friends.

"Extra" reported that Spears stripped down to her lingerie and dirty-danced with another nearly naked girl at the club.

A source told the newspaper that she drank shots of tequila and ended up naked in the dancers' dressing room, trying on their bikini costumes.

Given the eventful weekend, blogs were buzzing that the mother of two may be the next star to check into rehab. Her recent actions have certainly been easy fodder for tabloids.

Last week the star turned up at a fashion show with a tag still attached to her black dress. On New Year's Eve, the singer fell asleep in a Vegas nightclub, her rep said.

On Jan. 5, Spears posted a message on her Web site that said she knows she's been far from perfect recently but she believes the media skews the perception of who she really is.