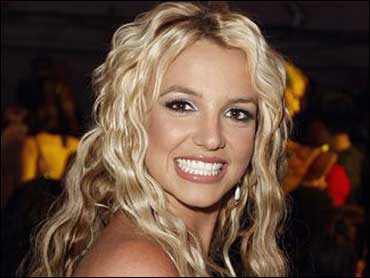 Pop star Britney Spears is rejecting charges made by a former bodyguard, who has filed a sexual harassment lawsuit.

Fernando Flores claims that Spears repeatedly exposed herself to him. He also claims she hit her two young sons, Sean Preston and Jayden, with a belt.

In a statement, Spears says the charges were investigated and nothing came of it.

The following statement was posted on Spears' website on Thursday: "This lawsuit is another unfortunate situation where someone is trying to take advantage of the Spears family and make a name for himself. The Department of Children and Family Services conducted a proper investigation surrounding Mr. Flores' accusations and have closed the case without further action. Ms. Spears and her attorneys have every expectation that this matter will be dismissed by the courts."

Bonnie Fuller, editor-in-chief of HollywoodLife.com said on "The Early Show" Friday, it doesn't look like Flores' suit is going to go anywhere.

Separated At Birth; Reunited In College

Fuller explained, "They are very serious allegations, but it's also very serious that the Department of Child and Family Services in L.A. did investigate and they completely dropped the investigation because they came to the conclusion that there was nothing there. At HollywoodLife.com, we've done a lot of research into this. They take these charges extremely seriously. So, I don't think this guy's going anywhere with his suit."

"Early Show" co-anchor Erica Hill remarked, "It's interesting, though, that he would follow through with it, because as you mentioned, these charges apparently, because the investigation was done and nothing was found, Kevin Federline, the father of her two young sons says, 'Look, there's nothing here. I don't have a problem with her. She's doing fine.' She seems to be putting her life back together. We haven't heard anything from her."

Fuller said, "(That's) fantastic. All we've heard about her is she's out with her children. She just came back from a romantic vacation with her latest boyfriend. And she's been with this boyfriend, Jason Trawick, for quite some time. She looks terrific. (Her tour) "Circus" was excellent. She's really put her life back together."

Fuller said being back in the tabloids is "the last thing she wants."

She added, "I do feel that she and her camp are very confident that this will go away. And I don't think that people are going to pay it too much mind. I mean, celebrities are often the victim of these kinds of suits."
Hill pointed out in California employees really have to prove they endured sexual harassment.

Fuller said, "I believe (the former bodyguard) has an uphill battle because he doesn't have anything accept his own allegations on his side. In fact, we heard that he was not an employee, that he was actually - he had been hired by an outside company. He was only with her for a few months. And apparently, he didn't say a word about any of this until sometime after he left."