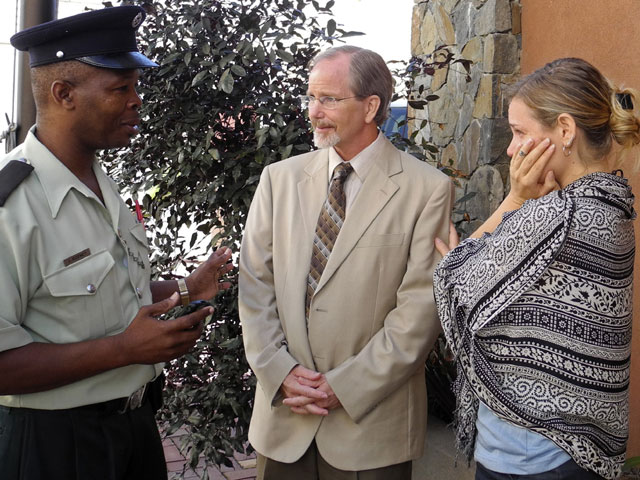 (CBS/AP) TORTOLA, British Virgin Islands - David Swain, a Rhode Island man convicted of killing his wife during a 1999 scuba diving trip, was freed on Thursday after the verdict against him was overturned.

A panel of three judges with the Eastern Caribbean Supreme Court of Appeal found problems with the jury instructions read by a judge during the 2009 trial.

The appeals court also declined to order a new trial because of concerns about recalling defense witnesses given the amount of time that has passed since death.

"I feel elated," Swain told reporters as he walked away with his daughter, Jennifer Swain Bloom, who has long maintained her father's innocence.

In 2009, a jury had unanimously convicted Swain of murdering Shelley Tyre is what authorities described as a near-perfect crime. Swain was then ordered to serve at least 25 years of a mandatory sentence.

Defense attorney J.S. Archibald had argued in part that the judge did not adequately advise the jury on how to handle evidence from a related U.S. civil suit that was mentioned at the criminal trial.

Authorities initially ruled Tyre's drowning near an isolated shipwreck an accident. However, they later charged Swain with murder following a 2006 civil trial in Rhode Island that found him responsible for her death.

Prosecutors in the British Virgin Islands had argued that Swain killed Tyre because he was in love with another woman and wanted to obtain his wife's money.

Their case rested largely on experts who said they believed Swain attacked his wife from behind, yanked off her scuba mask and cut off her air supply.

Authorities said her mask was damaged, the mouthpiece of her snorkel was missing, and that her body was found embedded in a sandbar.