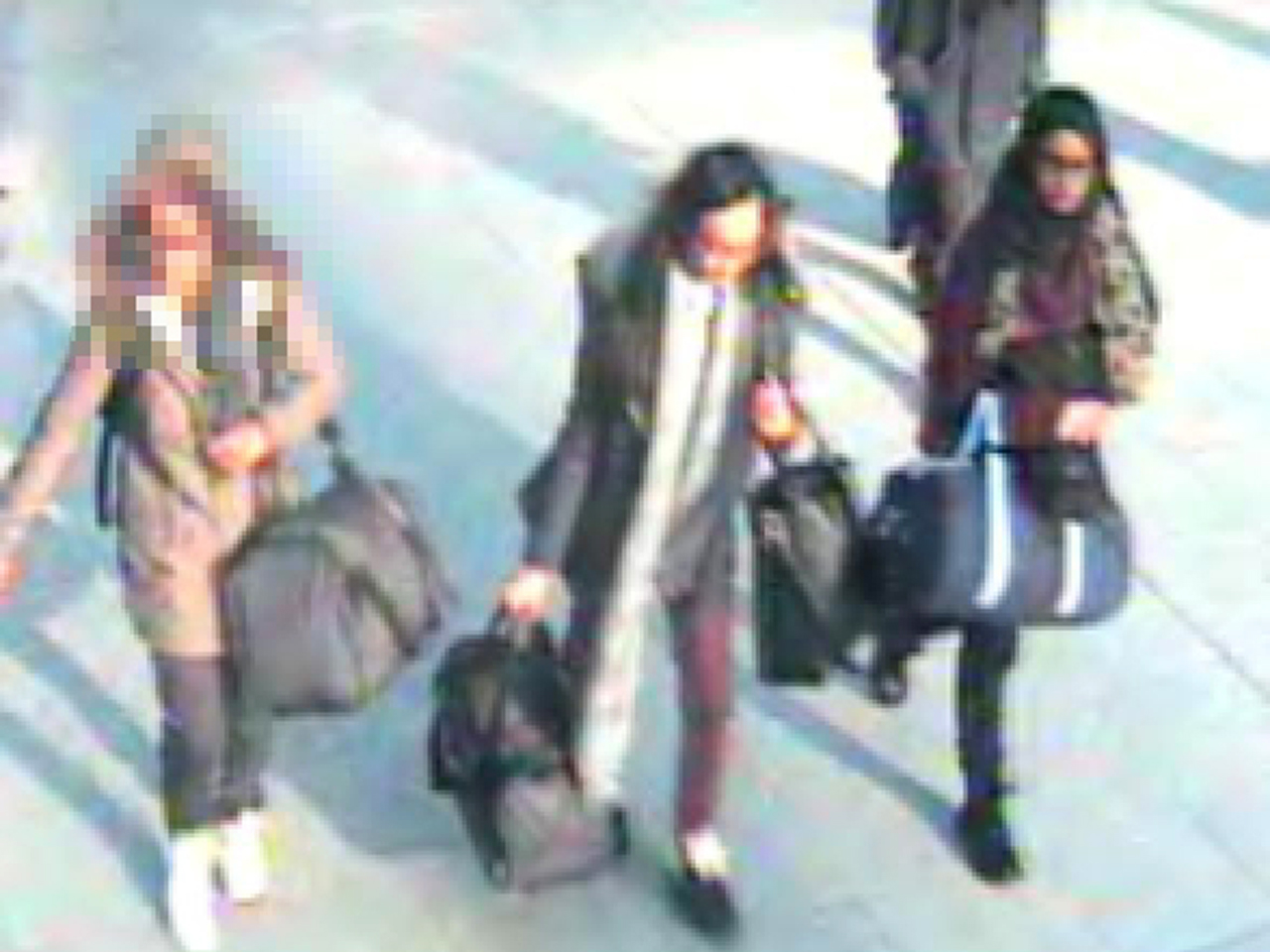 LONDON -- British police appealed for help from the public Friday to find three east London school girls they believe are attempting to make their way to territory in Syria controlled by the Islamic State of Iraq and Syria (ISIS).

The Metropolitan Police said the three girls, Shamima Begum, 15, Kadiza Sultana, 16, and a third 15-year-old who was not named at the request of her family, left their homes Tuesday morning, giving excuses to their families, met up and traveled to Gatwick Airport, south of London, together.

"We are extremely concerned for the safety of these young girls and would urge anyone with information to come forward and speak to police. Our priority is the safe return of these girls to their families," said Met counterterrorism commander Richard Walton.

He said ISIS' self-styled "caliphate," which spans northern Syria and Iraq, "is an extremely dangerous place and we have seen reports of what life is like for them (young women) and how restricted their lives become."

The Met were trying to get their message to the girls using Turkish media and social media, hoping they will, "hear our messages, hear our concerns for their safety and have the courage to return."

Steven Pomerantz, a former chief of counterterrorism at the FBI, told CBS News in October that he thinks some young Muslim girls are being lured toward jihad as a way of giving meaning to their lives.

CBS News' Charlie D'Agata reported in October on the desperate family of Yusra Hussien, a 15-year-old girl who went mission from her largely-Somali community in western England the previous month.

The recruitment message from ISIS, also known as ISIL, is slick, well-produced and effective. It targets impressionable Muslim teenagers in the West who often feel they don't quite fit in with the society around them. But for young women, it's not just the battle that beckons.

"Becoming wives of fighters seems to be a common thing; to take part in ISIL activities in that way, by marrying and producing children, jihadist children, or becoming part of the fight themselves," said Pomerantz.

"We are concerned about the numbers of girls and young women who have or are intending to travel" to ISIS territory in Syria, Commander Richard Walton said.

As CBS News' Clarissa Ward reported in December, the girls are often educated and from middle-class backgrounds. Rarely do their families know what is happening until it is too late. The phenomenon has been dubbed "bedroom jihad," and dozens of girls have been lured to one of the most dangerous war zones in the world as a result.

"The choice of returning home from Syria is often taken away" from young women and girls who travel to ISIS territory, said Walton, adding that if British authorities are able to find them while they're still in Turkey, "we have a good possibility of being able to bring them home to their families."