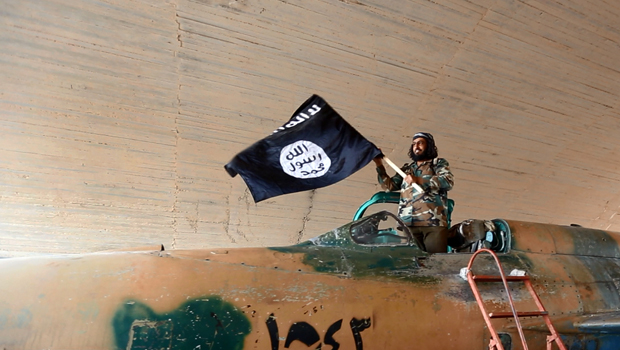 By now it has become a familiar story: Western girls, some as young as 16, start chatting online with jihadi fighters in Syria and Iraq. They fall in love, become radicalized and eventually travel to go and live in ISIS territory with their betrotheds.

Often they are educated, from middle-class backgrounds. Rarely do their families know what is happening until it is too late. The phenomenon has been dubbed "bedroom jihad," and dozens of girls have been lured to one of the most dangerous war zones in the world as a result.

On blogs and social media, these young women boast about their life in the so-called Islamic State. They pose with weapons, share recipes and dish out advice to would-be jihadi brides. They appear to revel in the violent extremism of their new home, like 20-year-old Aqsa Mahmoud, a radiology student from Glasgow, Scotland, who traveled to Syria to marry an ISIS jihadi.

"Follow the examples of your brothers from Woolwich, Texas and Boston," she is believed to have tweeted under the name Umm Layth. "If you cannot make it to the battlefield, then bring the battlefield to yourself."

But what you don't hear about so often are the scores of girls who arrive in ISIS territory and quickly realize that they have made a huge mistake. These women don't post on social media, and their voices are rarely heard.

CBS News recently sat down with Abdullah, a Turkish aid worker who spends half the year in Syria. He told us that he was recently contacted by a British 16-year-old girl, who asked for help getting her and a teenage Moroccan friend out:

"She was very dispirited. 'I need you to help me. I need to get out,' she said. And then she explained her situation. They were living in a house of single women in an ISIS town. They were not allowed to leave the house or be in touch with anyone from their families. Their worst fear was that they would be forced into marrying someone against their will."

But trying to leave ISIS territory is a difficult and dangerous proposition. Women cannot travel without a male guardian. Many have their passports confiscated upon their arrival.

"Areas run by the Islamic State are like an iron dome," Abdullah said. "There are checkpoints all over, and no one gets in or out without a proper reason."

In the case of the British girl and her Moroccan friend, Abdullah said they managed to escape ISIS territory. But he said that they were not the first to ask for his help. In all, he said he has been contacted by five girls who want to get out.

"I think it's become a big issue. I'm just one guy; imagine how many more cases there are," he said. "These girls are young and naïve and maybe also impulsive, teenagers who are fed up with life in the West. And on social media ISIS makes life there look so appealing. But then the fairy tale cracks."

Once that happens, these young women have very few options available to them. Abdullah has a warning for all girls who are considering traveling to Syria:

"Don't. It's a war zone. It's no place for single women to be. I understand they want to help the cause, but there are so many other ways they can help."