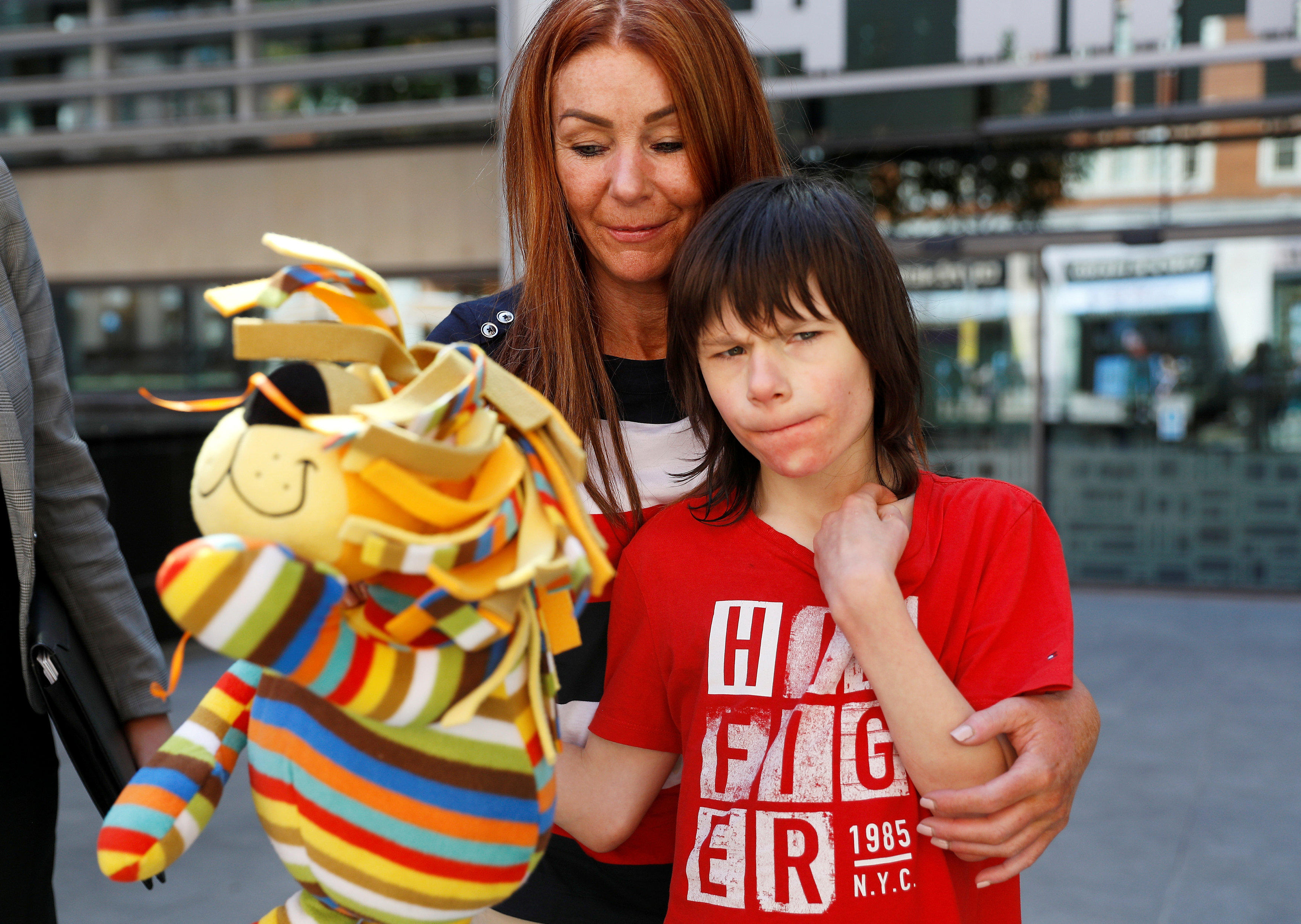 LONDON -- The British government announced Tuesday it would move to lift its ban on cannabis-based medicines, amid mounting criticism over the denial of treatment to severely epileptic children. But it rejected calls to legalize marijuana for recreational use.

Home Secretary Sajid Javid told lawmakers cases like that of a 12-year-old epileptic boy denied cannabis oil for his condition showed there is "a pressing need to allow those who might benefit from cannabis based medicines to access them."

But he said the government had "absolutely no plans" to decriminalize the drug more widely. His announcement came as Canada's Senate approved legislation that will soon decriminalize marijuana for recreational use in the North American nation.

The change in stance came after the British government relented and allowed 12-year-old Billy Caldwell to receive cannabis oil treatment that his mother said was needed to prevent life-threatening seizures.

His mother, Charlotte Caldwell, has called for the laws governing medicinal marijuana use in Britain to be liberalized, saying cannabis oil is the only treatment that has warded off her son's seizures.

Javid said Tuesday that a license to use cannabis-based drugs would also be issued for 6-year-old Alfie Dingley, whose epilepsy causes scores of seizures a day.

He said if a review by the country's chief medical officer identified cannabis-based treatments with "significant medical benefits," they would be legalized.

Charlotte Caldwell welcomed the announcement, but said she wanted to hear more details.

"Common sense and the power of mothers and fathers of sick children has bust the political process wide open and is on the verge of changing thousands of lives," she said. "We are on the threshold of the next chapter of the history books."

The cases of Billy Caldwell and other sick children have put Britain's drug laws under scrutiny. On Tuesday, former British Foreign Secretary William Hague joined a growing number of politicians and medical experts calling for the government to legalize marijuana.

The former Conservative Party leader, now a member of the House of Lords, wrote in The Daily Telegraph that the war on cannabis had been lost and that it was "deluded" to pretend otherwise.

He said "cannabis is ubiquitous, and issuing orders to the police to defeat its use is about as up-to-date and relevant as asking the Army to recover the Empire."

The Home Office said in response that "the government has no intention of reviewing the classification of cannabis under the Misuse of Drugs Act 1971 and it will remain a Class B drug" - the middle rung on a three-point scale of illegal drugs.