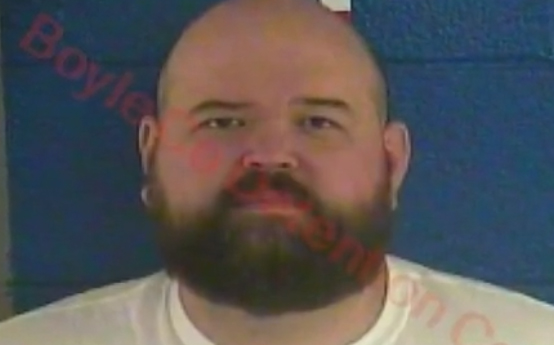 DANVILLE, Ky. -- Officers were called to Danville's Constitution Square Sunday morning as cooks were preparing their meats for the day's Kentucky BBQ festival after someone got heated over a grill and threw some meat, reports CBS affiliate WKYT.

According to the station, two pit masters were sharing the same cooker when the workers got angry over how long someone was "hogging the grill."

"The employee at D-Bo's picked up a brisket out of the cooker and tossed it toward the Firehouse camp," said Danville Police Sgt. Jonathan Courtwright.

The station reports that Mike Owings, 42, of Cunningham, Kentucky was charged with second-degree wanton endangerment.

A female worker for Firehouse BBQ was in the line of fire of the flying piece of meat, which was estimated to be more than 200 degrees, reports the station, and she suffered burns as a result.

"It caused burns to her neck, back and shoulder. She was treated on the scene by Boyle EMS," Sgt. Courtwright said.

Police say Owings works for a BBQ company out of South Carolina but he lives near Paducah. According to the station, he remained in the Boyle County jail Monday afternoon.