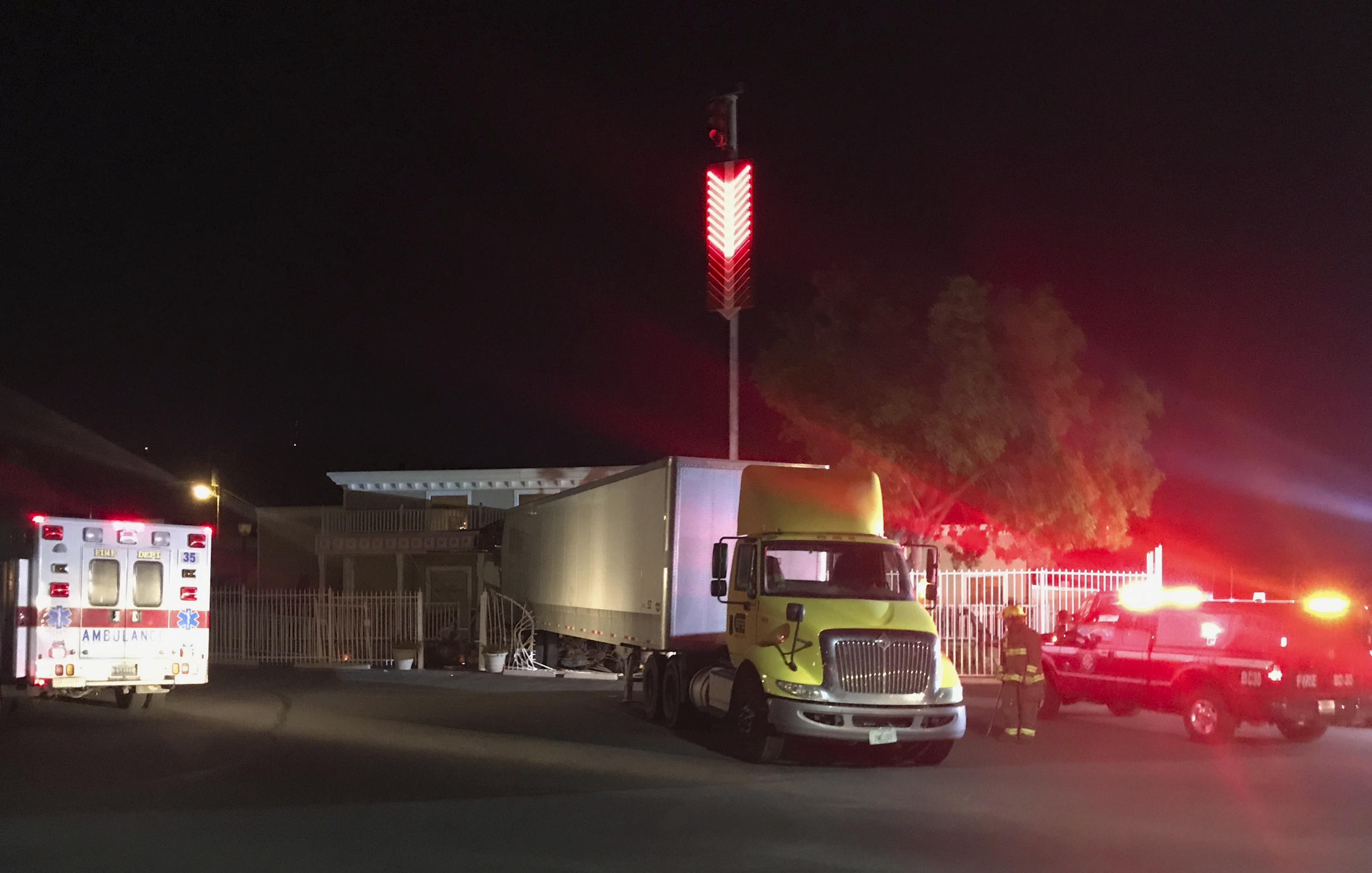 LAS VEGAS  -- A man wearing body armor and a mask backed a tractor-trailer through the gate of the Moonlite Bunny Ranch before dawn Thursday and crashed it into the front door of the famed Nevada brothel featured in the CatHouse reality television show, according to authorities and the brothel's owner.

Brian Brandt, 40, of Reno, was arrested and faces charges of assault with a deadly weapon, property destruction and possession of stolen property, the Lyon County Sheriff's office said.

Brothel owner Dennis Hof said none of the five employees, 30 female prostitutes and 10 customers inside at the time were hurt when the crash happened just after 4 a.m.

The impact of the truck crashing into the building scared them and sounded "like a bomb going off," Hof said, causing what he estimated at $400,000 damage.

Hof said the suspect was wearing full body armor and a mask. He said he did not know Brandt and none of the people working at the brothel did.

The truck with a bright yellow cab had been stolen from a northern Nevada terminal of Michigan-based Central Transport hours before it crashed into the brothel, said Mickey Blashfield, a company spokesman.

Blashfield said Brandt was a trucker for the company but was fired in recent months because of what he characterized as inappropriate behavior that he did not describe in more detail.

The truck was filled with packages for delivery, Hof said.

Brandt was being held in jail and no lawyer representing him had been listed at the jail.

The brothel is in an unincorporated, industrial area known as Mound House, near Nevada's state capital of Carson City.

Nevada has brothels across the state, though they are not legal in the Las Vegas area.

Hof also owns the Love Ranch brothel just outside Las Vegas, which was the subject of intense media coverage in 2015 when former NBA star Lamar Odom was found unconscious there.

Hof is well-known in Nevada and lost a 2016 electoral bid for a state assembly seat.

Couple fights off attacking bear with kitchen knife, gun inside home
Thanks for reading CBS NEWS.
Create your free account or log in
for more features.
View CBS News In
CBS News App Open
Chrome Safari Continue
Be the first to know
Get browser notifications for breaking news, live events, and exclusive reporting.