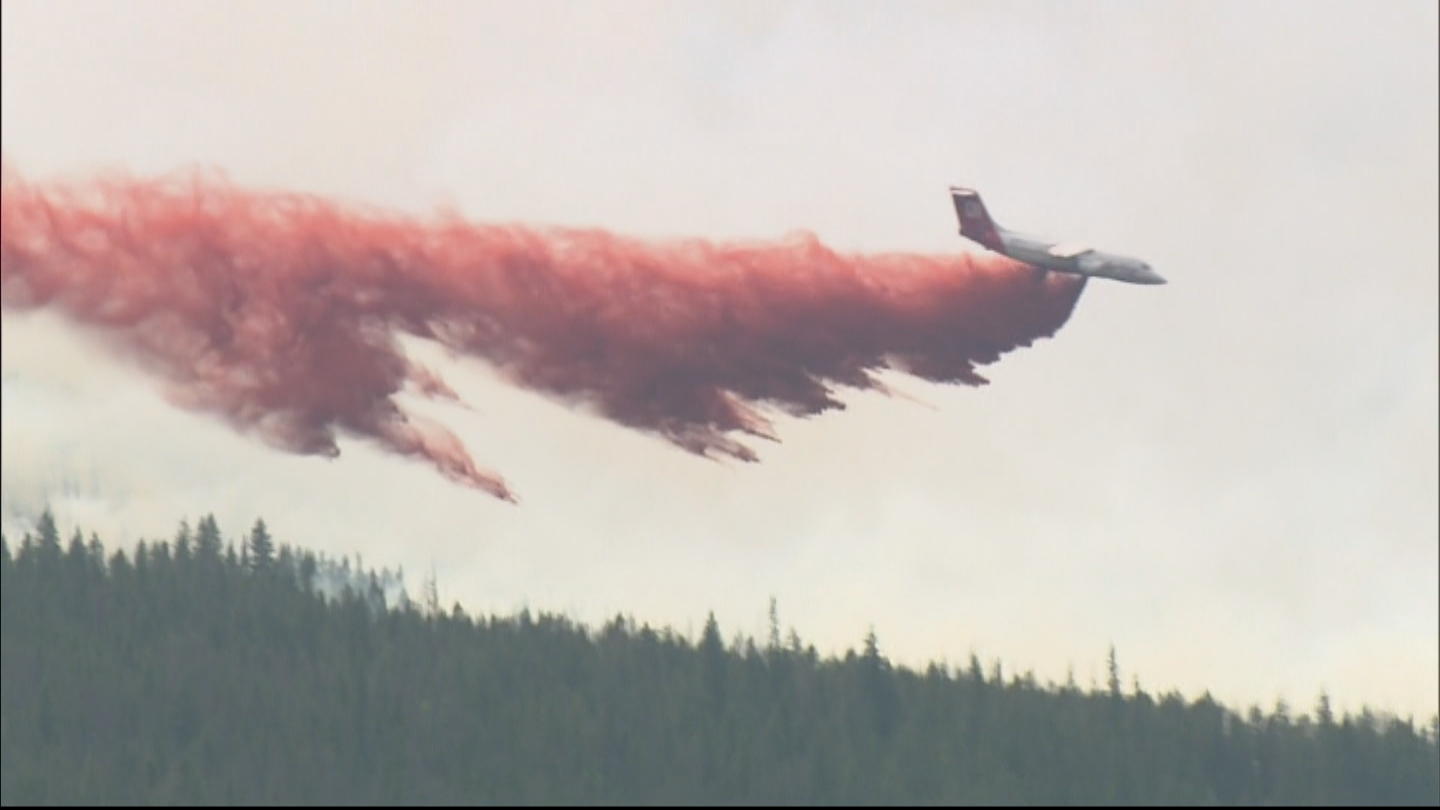 BRECKENRIDGE, Colo. -- Evacuation orders for hundreds of homes were expected to remain in place through midday Thursday as a wildfire rages near Colorado's Breckenridge Ski Resort.

The fire, one of several burning across the West, was reported by a mountain biker late Wednesday morning and is consuming beetle-killed trees in the White River National Forest about 4 miles from the resort.

It had scorched about 80 acres and forced the evacuation of nearly 500 homes that are about a mile north of the resort.

All of the homes on Peak 7 were evacuated, and nearby residents have been warned that they might have to leave, according to the Red, White & Blue Fire Protection District.

"I had no idea this was going on," Anna Bourgeois told CBS Denver station KCNC-TV. "I was out working in the yard, came around the corner, and they said, 'You're supposed to be out of here.'"

The base of the resort, which includes hotels, restaurants and businesses, was not evacuated.

Eight Forest Service firefighters parachuted in, and two heavy tankers and a helicopter dropped slurry and water on the fire throughout the day.

The fire has not burned any structures and died down as temperatures cooled Wednesday night. Evacuation orders were expected to remain in place until midday Thursday.

The fire was among several dotting the West on Wednesday, including one that was burning near a nuclear facility in Washington state.

That grass and brush fire, which started Sunday and was burning in part on the Hanford Nuclear Reservation, is 85 percent contained and is not threatening any of the site's nuclear facilities. It has burned about 36 square miles in Yakima and Benton counties.

In northern Nevada, a fire official blames a wind shift for pushing a wildfire across at least one rural homestead property.

Truckee Meadows Fire Chief Charles Moore said Thursday that a team of firefighters narrowly escaped, but no injuries were reported when flames reversed Wednesday afternoon and headed toward homes in the Palomino Valley north of Reno.

Ken and Sue McGuire told KRNV-TV in Reno that they lost a house, a travel trailer where their son lived, sheds and vehicles as flames swept across their 40-acre property.

About 500 people heeded an advisory to evacuate ahead of the nearly 5.5 square mile blaze burning through grass and brush.

The fire is about 20 percent contained, Moore said, and a federal wildfire specialty team is due Thursday to join the battle.

In Arizona, the summer-retreat community of Summerhaven atop Mount Lemmon remained evacuated after a wildfire charred more than 36 square miles in mountains and foothills overlooking Tucson. The wildfire started Friday, and its cause remains under investigation.

Meanwhile in southeast Wyoming, a wildfire forced the evacuation of a campground and 25 cabins in the area of Keystone about 10 miles north of the Colorado line.