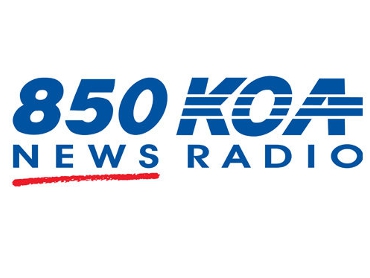 The benefits of breastfeeding for babies are well known, but there is growing evidence that breastfeeding has a positive impact on a mom's health as well. New research shows that breastfeeding lowers a woman's risk for rheumatoid arthritis. The risk is cut in half among women who breastfeed for two years or more.

Female sex hormones have long been thought to play a role in rheumatoid arthritis, which is diagnosed in women up to four times as often as in men. Rheumatoid arthritis often develops when hormone levels are changing, such as in the first few months after giving birth and around the time of menopause.

In an effort to clarify the relationship between reproductive hormones and rheumatoid arthritis, researchers from Harvard's Brigham and Women's Hospital examined data from a large, ongoing health study that has followed female nurses for almost three decades.

After adjusting for known risk factors for rheumatoid arthritis, such as age and smoking, the researchers found breastfeeding decreased the risk while irregular periods increased the risk.

"The breastfeeding finding was something of a surprise because some studies have suggested that it increases risk," researcher Elizabeth W. Karlson, MD, tells WebMD. "We don't understand the mechanism behind this completely, but it does appear that there are hormonal changes associated with breastfeeding that are long-lasting."

Women who had very irregular menstrual cycles between the ages of 20 and 25 appeared to be more likely to develop rheumatoid arthritis. However, this finding was not strong.

But the number of pregnancies and children the women had did not appear to influence rheumatoid arthritis risk, nor did a woman's age at first delivery or history of oral contraceptive use.

The study is published in the November issue of the journal Arthritis and Rheumatism.

Karlson says the finding highlights the need for research aimed at unlocking the mystery of just how reproductive hormones influence rheumatoid arthritis.

"This study offers confirmation and perhaps some clarification of what we have seen clinically," says Wilson, who is National Medical Advisor for the Arthritis Foundation. "It is clear that there is a hormonal component to rheumatoid arthritis that needs further research."

Researchers are working to develop effective screening tests to identify people with the genetic predisposition for developing rheumatoid arthritis, and Wilson says hormonal manipulation may one day be an effective treatment for women found to be at increased rheumatoid arthritis risk. In the meantime, the finding gives new moms another good reason to choose breast over bottle.

"A woman who has just two children and breastfeeds each of them for a year decreases her risk of rheumatoid arthritis by 50 percent," he says. "That is just striking."