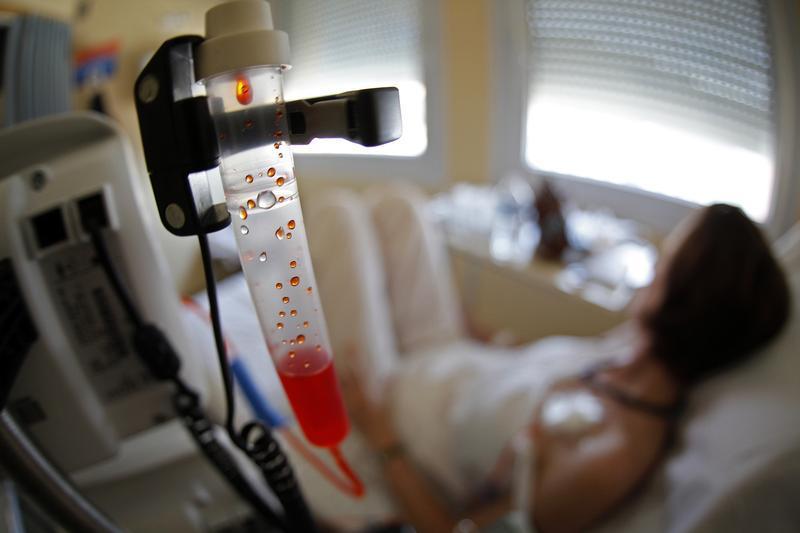 Women who have had breast cancer treatment that includes chemo gain more weight than cancer-free women of the same age up to five years later, according to a new study published in the journal Cancer Epidemiology, Biomarkers & Prevention.

"Substantial increases in weight can impact breast cancer progression and can impact whether or not they get other chronic diseases," lead researcher Dr. Kala Visvanathan, associate professor of epidemiology at the Johns Hopkins Bloomberg School of Public Health in Baltimore, told CBS News.

"Most breast cancer patients -- and I think people forget this -- actually do not die of breast cancer but die of other diseases. So, it's important to monitor those things as well," she said

According to the CDC, approximately 220,000 women are diagnosed with breast cancer in the U.S. every year. The National Cancer Institute reports about 89 percent are expected to survive more than five years and many go on to live long lives, making weight-related health risks a cause for concern.

Melissa McGuire, a 46-year-old attorney, was diagnosed with breast cancer five years ago. She was trying to start a family with her husband when routine screening found that she carried a BRCA gene mutation indicating higher risk of breast cancer. Further testing showed she had the disease. She had a double mastectomy and was treated with hormonal drugs. Within a year and a half, she had gained 30 pounds.

"The year after my treatment I did an intensive diet and exercise program through my local Y and I worked very hard and I lost 4 pounds," she said. "Pre-cancer, if I had a bad week I would just take it easy dieting and drop two pounds."

Researchers at Johns Hopkins Cancer Center decided the issue needed more study when they noticed a trend in weight gain among breast cancer survivors and wanted to understand the cause. Little research existed about weight gain in breast cancer survivors compared to women who never had cancer. They conducted a two-part study over four years, funded by the Breast Cancer Research Foundation and the National Institutes of Health, with more than 600 women identified as being at higher risk for breast cancer because of family history. Participants included 303 women diagnosed and treated for breast cancer and 307 who were at risk but not diagnosed. The women were given an initial survey about their weight, cancer status and treatment methods, then a follow-up survey at least a year later.

Adjustments were made to equalize characteristics of the women in the study. They included modifying age based on hormonal (pre- or post-menopausal) and hysterectomy status, year a participant enrolled, use of statins, self-reported physical activity levels and starting BMI, which can affect how women gain or lose weight.

Age, hormonal cycles and whether a survivor also had ovarian cancer, which is sometimes related, could have explained some of the weight gain. But the results showed that it was breast cancer survivors who had chemotherapy who gained more weight and at a faster rate compared to cancer-free women.

"Overall we saw this increased weight gain, but then when we looked even closer we saw these were primarily in women who were having chemotherapy or had estrogen negative disease," Visvanathan told CBS News.

There are many reasons chemotherapy could be contributing to weight gain, including hormonal imbalance, inflammation and physical side effects. Visvanathan said that more research is needed to follow survivors.

"We are continuing to follow these women to see whether that increase in weight due to chemotherapy persists over time or does it improve," she said.