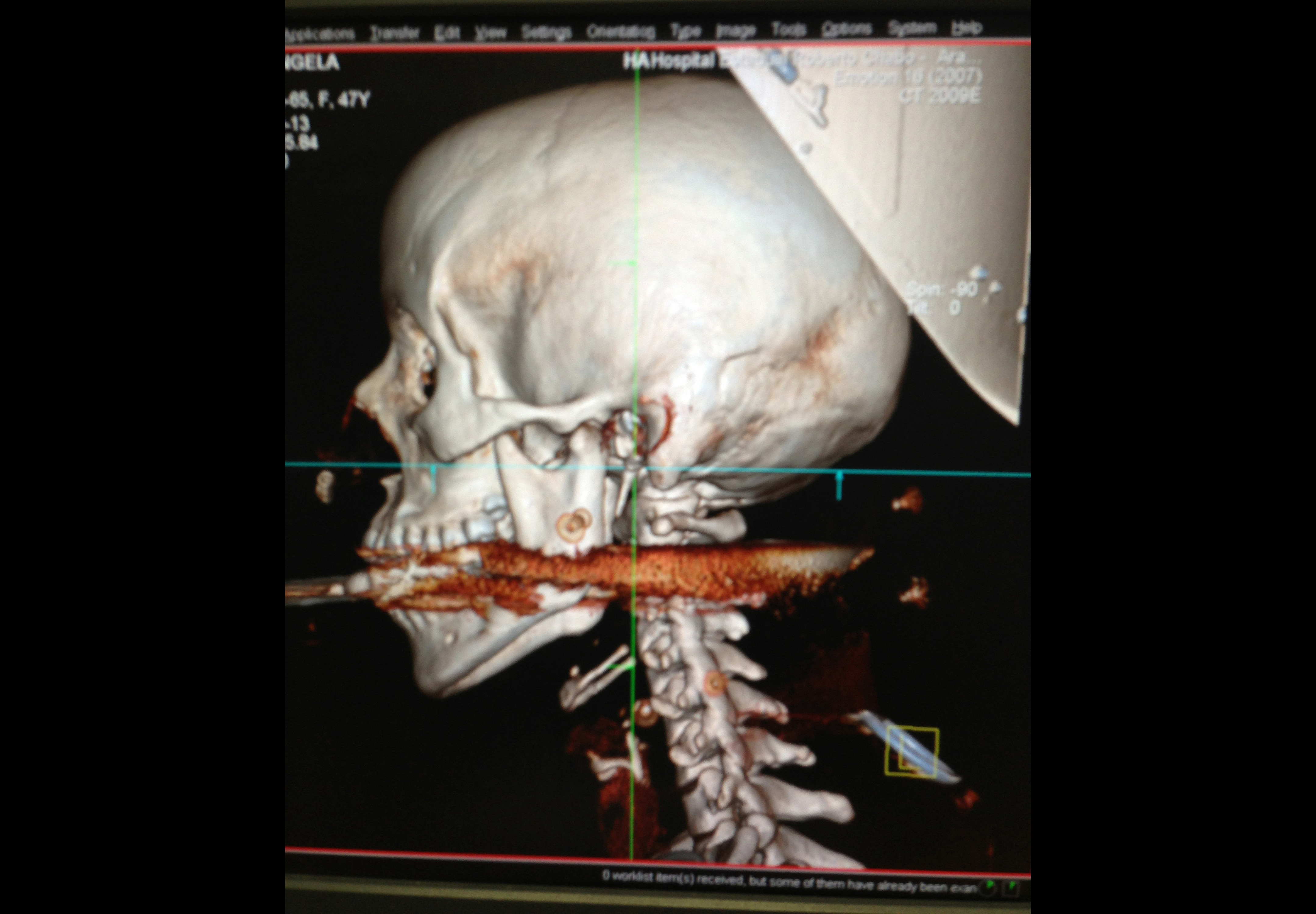 RIO DE JANEIRO A 28-year-old woman miraculously survived after her husband accidentally shot her in the mouth with a harpoon, Brazilian officials said Wednesday.

The Rio de Janeiro State Health Department said in a statement that the woman's husband was cleaning his spear gun when it went off, firing a harpoon that hit her cervical spine.

Elisangela Borborema Rosa was rushed to the hospital and underwent emergency surgery after Monday's incident in the coastal city of Arraial do Cabo.

The statement quotes neurosurgeon Allan da Costa as saying that the harpoon came within 1 centimeter (less than half an inch) of killing the woman. He said he expects a full recovery.

A police officer in Arrial do Cabo said by telephone that officials are looking into the case.

"Everything indicates it was an accident, but we are investigating. We don't think the husband tried to kill her," said the officer, who cited department policy in declining to let her name be used.

"But once she fully recovers we will be able to question her and get a clearer picture of what happened."

Penetrating injuries to the neck, mouth and base of the skull are particularly dangerous and potentially lethal, Dr. Robert Glatter of Lenox Hill Hospital in New York told CBSNews.com.

"The harpoon was apparently quite close to the carotid artery, a vital artery that supplies blood to the brain," said Glatter, who is not involved in the woman's treatment. "Interruption of this blood vessel can lead to death or a stroke, depending on severity of the injury."

Glatter said the woman's survival is attributed to the fact that the harpoon missed her carotid artery.

"She may have some residual neurologic deficits from injuries to other blood vessels which supply the spinal cord, as well as trauma to other areas of the spinal cord itself," Glatter said.

This is the second harpoon accident in Brazil in less than a month. In April, a man reportedly survived a harpoon through the brain, following a freak accident in which he accidentally shot himself through the left eye while cleaning his harpoon gun.

Sky News reported that Bruno Coutinho of Petropolis, Brazil had a harpoon lodged six-inches through his skull and survived surgery to remove the impaled object.