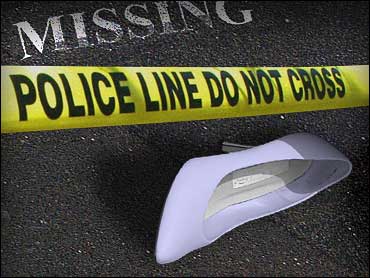 Police issued an arrest warrant on Wednesday for the goalkeeper of Brazilian league champion Flamengo in connection with the disappearance of his ex-girlfriend.

Prosecutors in Rio de Janeiro said in a statement that a five-day preventive arrest warrant had been issued against Bruno Souza, as well as the goalkeeper's wife Dayane Rodrigues and his friend Luiz Henrique Romao.

Souza's 17-year-old cousin has confessed to being involved in the abduction of 25-year-old Eliza Samudio on June 4. According to the statement, the cousin said Samudio had been strangled.

On Wednesday, the cousin was taken to the city of Vespasiano, Minas Gerais state, where he directed police to a house where he says Samudio's body is hidden.

Rodrigues was placed under preventive arrest early on Wednesday in connection with the case.

Police, who have not located Souza and Romao to serve the warrants, have said the goalkeeper is suspected, along with two friends, of having beaten Samudio to death and hidden her body.

No one has been charged with a crime. Under Brazilian law, police must complete their investigations before formal charges are filed by prosecutors.

Under the temporary arrest warrants, Souza, Rodrigues, Romao and eight others suspected of involvement in the case could remain in custody for up to five days while police complete their investigations. The warrants could be extended by another five days.

Souza's attorney, Michel Assef Filho, was not immediately available for comment, according to Filho's receptionist. Globo TV's G1 website quoted Assef Filho as saying he plans to "file a writ of habeas corpus because there is no justification for his (Souza's) arrest."

In the city of Belo Horizonte, where Souza also owns a home, police inspector Edson Moreira told reporters he too has asked for the preventive arrest of Souza and Romao "to guarantee they do not interfere with the investigation."

He said Souza was considered a "fugitive" since the goalkeeper has not been found by police.

Police said last week they had found blood stains in Souza's home and car. Laboratory tests to determine if the blood belongs to Samudio have not been concluded.

Police have said Samudio is the mother of a 4-month-old boy from a relationship with Souza. The boy is being cared for by Samudio's parents.