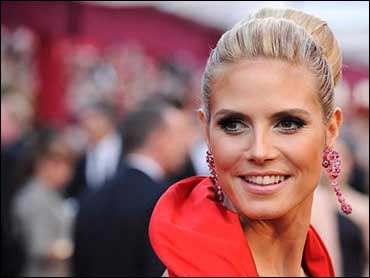 The cable channel said Thursday it has ordered a design-competition series called "The Fashion Show," in which viewers pick the winner and the prize includes a retail deal.

Casting calls will be held starting next month and are set for Los Angeles, Miami, Chicago and New York, with potential contestants required to bring examples of their work, Bravo said. The series' air date was not announced.

"The Fashion Show" is "the perfect complement to our successful fashion series `Tim Gunn's Guide to Style' and `The Rachel Zoe Project,"' Bravo Media executive Frances Berwick said in a statement.

Missing from that list was "Project Runway," the hit program that is caught in a struggle involving NBC Universal, which owns Bravo, the Weinstein Co. and the Lifetime channel.

NBC Universal sued Weinstein after the production company made a reported $150 million deal with Lifetime for the series that features model Heidi Klum as host.

In September, a New York Supreme Court justice issued a temporary injunction barring Weinstein from taking "Project Runway" or any spinoff to Lifetime and contended that evidence showed that Weinstein violated NBC's "right of first refusal" for the show.

Weinstein said there was no right of first refusal in the contract and that NBC Universal was offered the deal and was outbid.

The sixth season of "Project Runway" was expected to start airing in January on Lifetime.

Bravo has other fashion-oriented series in development, including "Celebrity Sew-Off," announced Thursday, which would give the famous a chance to display their design skills.