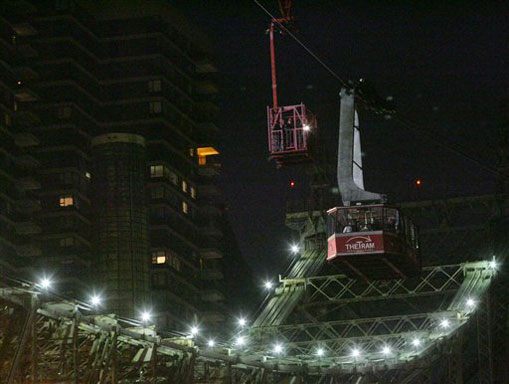 Bill Bradley says repeated episodes of irregular heartbeats in the last month are irrelevant to his Democratic presidential campaign, and some sympathetic backers appeared willing to give him the benefit of the doubt.

But they made clear that any health issues must be explained -- quickly and clearly.

"I know some athletes who live to be 100 because they're in such good shape," said Fred Mathews of Mount Pleasant. "I would be concerned, but I would want to hear his explanation."

Minutes before his fourth rally of the day Thursday, the 56-year-old Bradley disclosed to reporters that he has suffered four irregular heartbeat episodes since revealing the non-life-threatening condition last month.

The most recent episode occurred Sunday.

Tense campaign staffers were waiting to see how the news would play out after its delivery just four days before Iowa voters make the first statement on the presidential campaign in precinct caucuses Monday night.

After an impromptu news conference, where he took only a few questions, Bradley proceeded with the rally. Afterward, some of those who attended said they were willing to give him the benefit of the doubt.

"We have two sons who are doctors, and they don't think that's a problem," Mount Pleasant resident Bob Stafford said of Bradley's condition.

Yvonne Rich, also of Mount Pleasant, said she suffers a similar condition, and conceded the emotional impact of admitting a heart condition.

"It can be a little scary until you understand it," she said. "I, like a lot of people, have irregular heartbeats."

The latest disclosures raise questions about timing and candor as candidates address health issues. The former New Jersey senator has suffered from the heart ailment since 1998, but disclosed it last month only after it forced him off the campaign trail.

Bradley said Thursday he would only make such episodes public if they required a doctor's intervention, and he bristled at suggestions that the condition hampered his bid for the Democratic presidential nomination.

His campaign released the information in response to an inquiry from ABC News.

"I didn't think we needed to disclose it," Bradley said. "If I have to see a doctor, or if there has to be any medical attention given to it, you will hear about it immediately."

He vowed to continue the campaign without alteration.

"It has absolutely no impact on the race or my capacity to have a schedule or the intensity of campaigning," Bradley said at the news conference.

He said the episodes are "regular and predictable," although he conceded that four in a month is more than he's used to. "It's more frequent than I've had in the past."

While loyal backers at Thursday's rally were supportive, the timing of the disclosure was awkward. Bradley's rival, Vice President Al Gore, leads in all olls in Iowa. It's far from clear how the episode will play out over the coming days.

Campaign aide Anita Dunn said Bradley had not seen his doctors, but had contacted them about the episodes, which began shortly after Christmas, around Dec. 26-28. The most recent occurrences came on Jan. 6, Jan. 9 and Sunday, she said.

"They were all of very short duration," Dunn said.

Dunn said doctors are "not sure why" he's experiencing irregular heartbeats, but have voiced no concern and have not recommended any change in medication.

Bradley was examined at a California hospital on Dec. 10 for the chronic condition that he previously has dismissed as "just a nuisance." Doctors found no other problems.