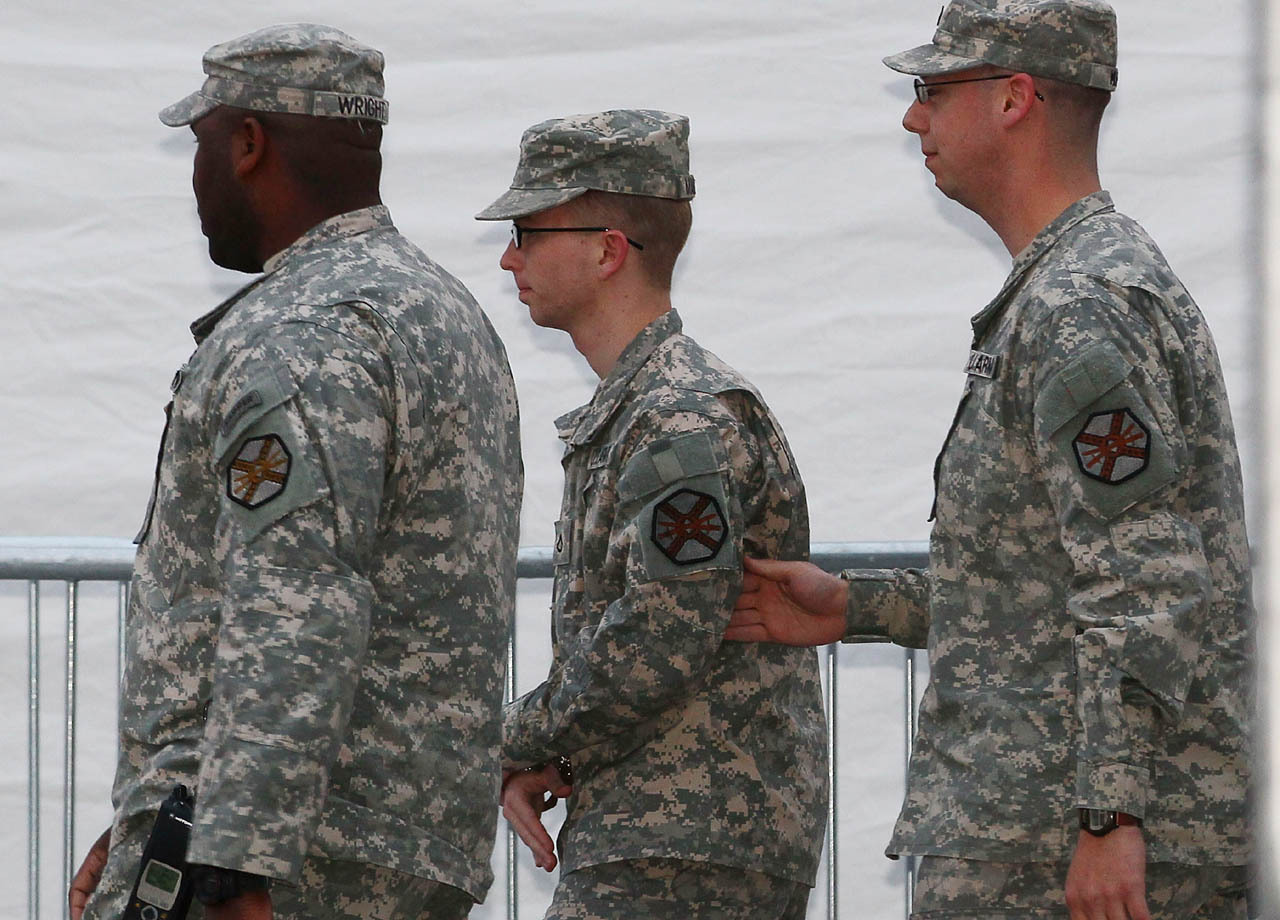 FORT MEADE, Maryland - The U.S. military court case against the young soldier blamed for the largest leak of classified material in American history resumed Saturday after an Army appeals court rejected a defense effort to remove the presiding officer.

Army Pfc. Bradley Manning was back in a military courtroom Saturday, his 24th birthday, to hear prosecutors begin presenting their case against him as the source for the WikiLeaks website's collection of U.S. military and diplomatic secrets.

The purpose of the hearing is to determine whether prosecutors have enough evidence to bring Manning to trial. Manning's lawyers tried to oust Lt. Col. Paul Almanza as the presiding officer because of alleged bias, but an Army appeals court rejected their request late Friday.

Separately, lawyers for WikiLeaks and founder Julian Assange are asking the Army Court of Criminal Appeals to guarantee them two seats in the courtroom at Fort Meade.

Manning, a one-time intelligence analyst stationed in Baghdad, is accused of leaking hundreds of thousands of sensitive items, including Iraq and Afghanistan war logs. The leaked items also involved State Department cables and a classified military video of a 2007 American helicopter attack in Iraq that killed 11 men, including a Reuters news photographer and his driver.

The Obama administration says the released information has threatened valuable military and diplomatic sources and strained America's relations with other governments.

Friday was Manning's first appearance in public after 19 months in detention. He appeared slight but serious in his Army camouflage fatigues and dark-rimmed glasses, taking notes during the proceedings and answering straightforwardly when called upon by Almanza.

Manning, a native of Crescent, Oklahoma, is relying on a defense that will argue much of the classified information posed no risk.

In addition to claims of partiality, his lawyer, David Coombs, argued that Almanza wrongly denied the defense's request to call as witnesses the officials who marked as secret the material WikiLeaks later published. Instead, the officer accepted unsworn statements from those people, Coombs said.

Friday's tangling, however, centered primarily on Almanza's Justice Department job. "I don't believe I'm biased," Almanza said, explaining that his government work concerns child exploitation and obscenity. He said he hasn't talked about WikiLeaks or Manning with anyone in the department or FBI.

The Justice Department has a separate criminal investigation into Assange. A U.S. grand jury is weighing whether to indict Assange on espionage charges, even as he is in Britain fighting a Swedish request that he be extradited because of rape allegations.

Manning's hearing at this Army post outside Washington is open to the public, with limited seating. Assange's lawyer filed a request Friday with the Army appeals court seeking two guaranteed seats in the Fort Meade courtroom, one for the attorney representing the Wikileaks organization and the other for Assange's non-U.S. attorney.

Inside the courtroom, no civilian recording equipment is allowed. Instead of a judge, a presiding officer delivers a recommendation as to whether prosecutors have enough evidence to bring a suspect to trial. A military commander then makes the final decision.

The case has spawned an international support network of people who believe the U.S. government has gone too far in seeking to punish Manning, and a few dozen showed up outside Fort Meade on Friday to rally on his behalf.

"I plan to march all night tonight and bring as much attention as I can to put the entire country on notice that we have a hero who's standing trial for nothing more than telling the truth," said Dan Choi, a gay West Point graduate discharged from the military for revealing his sexual orientation. He wore a bright orange "Bradley Manning Support Network" sticker on the lapel of his uniform jacket.

Others were less supportive.

"That man did something very wrong," said Mandie Stanley, a 19-year-old who lives on the Army post with her husband, a member of the Air Force. She spotted the protesters and decided to come out with a sign that said: "Don't leak classified information, stupid!"