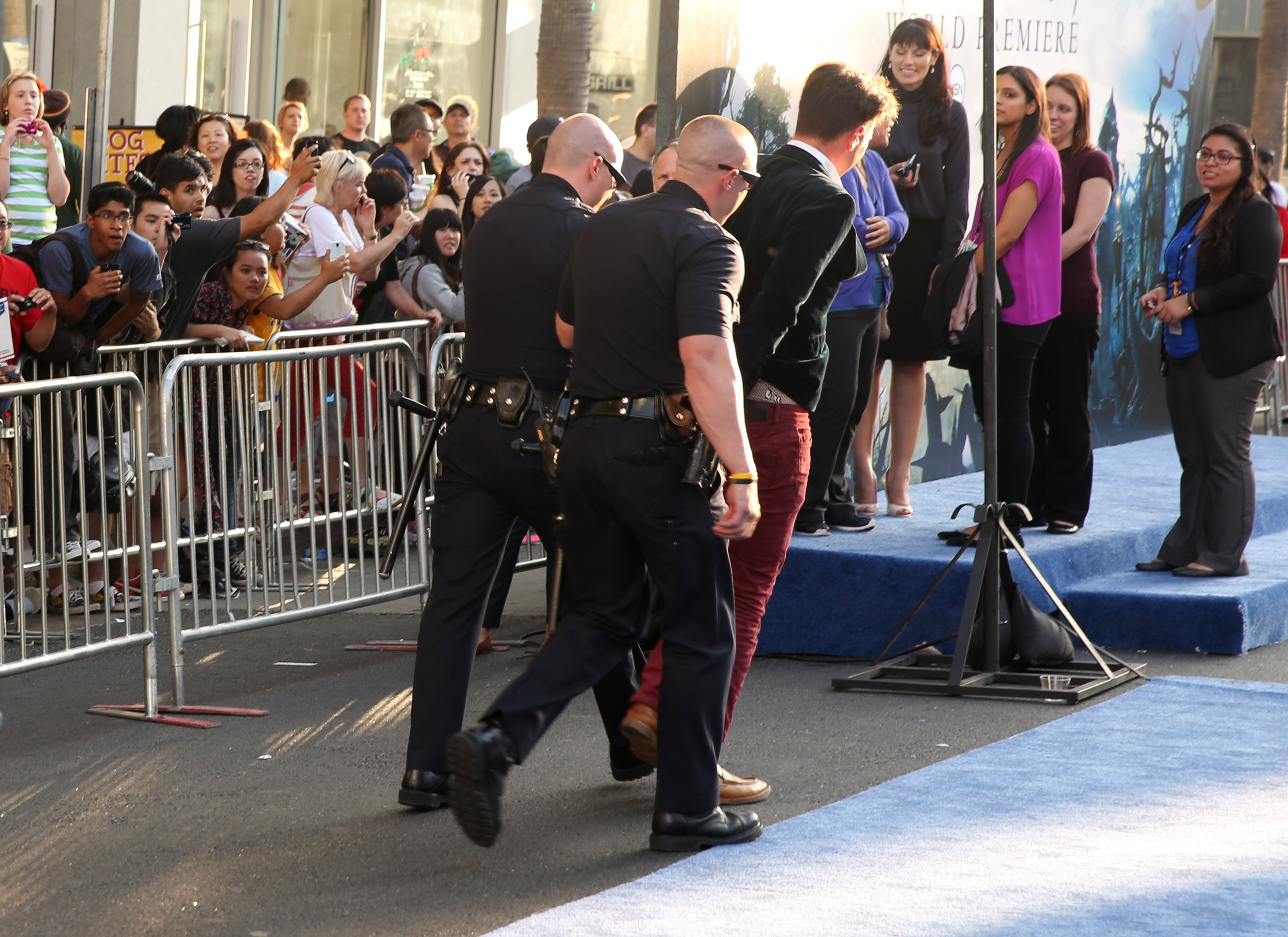 LOS ANGELES --A man was jailed on suspicion of battery after rushing up and touching Brad Pitt on the red carpet at the Hollywood premiere of the movie "Maleficent," witnesses and police said, though Pitt was apparently unhurt and soon resumed signing autographs.

Witnesses saw the man, who was in the fan area, jump over a barrier onto the red carpet at the El Capitan Theatre in Hollywood and rush at Pitt, touching him briefly before security guards wrestled him back across the barrier.

The man was led away in handcuffs and arrested on suspicion of misdemeanor battery, Los Angeles police said.

According to the Reuters news agency, Los Angeles Police Department spokesman Gus Villanueva identified the man as Vitalii Sediuk and said he hit Pitt in the face.

"In previous exploits," Reuters says, "Sediuk has hugged actor Leonardo DiCaprio's crotch at a Santa Barbara Film Festival event, stormed the stage during singer Adele's Grammy acceptance speech, and been slapped by Will Smith after kissing the actor at a Moscow premiere."

Pitt kept greeting fans and walked into the theater after the incident.

Before the incident, Jolie told The Associated Press that the El Capitan is like a local theater for herself, Pitt and their kids, who usually don't attend her premieres but did Wednesday night.

"Well, oddly, we usually go to the El Capitan, that's where we take the kids. That's the closest theater to us," Jolie said. "This is the first time they were able to come to mommy's premiere."

The man got to Pitt despite security that was heavy for a movie premiere, with guards keeping a large gap between the stars and the crowd.

Email messages left for representatives for Pitt and Disney were not immediately returned.