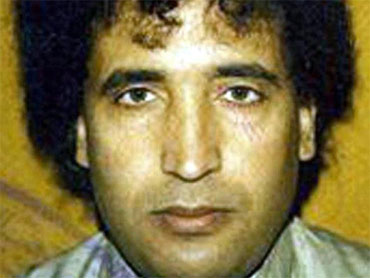 The four Democratic senators from New Jersey and New York are asking for a new investigation into an old affair. It centers on the only man convicted for the terrorist bombing of Pam Am Flight 103, Abdul Baset al Megrahi.

In 2007, when Megrahi was serving his sentence in a Scottish jail, it emerged that the U.K. government was negotiating a prisoner transfer agreement with Libya. After some initial squirming, Britain's Foreign Secretary Jack Straw confirmed that Megrahi was included in the agreement.

That same year, BP had signed a $900 million oil deal with Colonel Ghadaffi's Libyan government but couldn't begin working on its new projects until the deal got final political approval.

Here's what BP said in a press release:

"It is matter of public record that in late 2007, BP told the UK Government that we were concerned about the slow progress that was being made in concluding a Prisoner Transfer Agreement with Libya. We were aware that this could have a negative impact on UK commercial interests, including the ratification by the Libyan Government of BP's exploration agreement."

So BP is on the record as having exerted pressure on Britain's government to return the convicted terrorist Megrahi back to the Libyans. But it didn't happen -- at the time, anyway.

Megrahi remained in jail for another two years -- if you believe Scottish government ministers, because they insisted on it (in spite of Britain's prisoner transfer deal.)

Megrahi was eventually released in August of 2009 on "compassionate grounds" after three doctors (two of them Libyan) said his terminal prostate cancer would likely kill him within three months. It was a controversial decision at the time, and has become more so as a year later Megrahi lives on.

Conspiracy theorists believe Megrahi's release was part of a secret deal cooked up back in 2007. BP did push for the handing of a convicted terrorist back to his home country to further its business interests and the senators may find that reprehensible. However, there is still no proof yet that BP played any role in his eventual release.