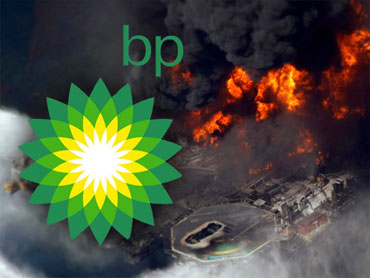 Oil giant BP says it has spent more than $5 million a week on advertising since the Gulf Coast oil spill — more than three times the amount it spent on ads during the same period last year.

BP PLC told the House Energy and Commerce Committee that it spent a total of $93 million on advertising from April to the end of July. The company says the money was intended to keep Gulf Coast residents informed on issues related to the oil spill and to ensure transparency about its actions. The increased spending was largely targeted at TV, newspapers and magazines. A small portion was directed to the Internet.

BP says it aired fewer TV spots from April to July than during a similar period last year, but a greater percentage were on national TV and for 60 seconds instead of 30 seconds.

Rep. Kathy Castor, D-Fla., who requested the report on BP's spending, said Wednesday she was disappointed that the oil company has spent more money "polishing the corporate image" than on helping Gulf Coast states recover from the April 20 explosion and oil spill. BP said it has spent $89.5 million in grants to four Gulf Coast states — Florida, Alabama, Mississippi, and Louisiana — to promote tourism in the wake of the oil spill.

"It feels like BP is overdoing it" with its advertising, which has focused heavily on states directly affected by the oil spill, Castor said. "It's really making people angry. Everyday you get up and see these full-page ads in every newspaper and the TV ads. It's really ticking people off."

Scott Dean, a spokesman for BP, said large companies such as BP spend hundreds of millions each year to communicate about their activities and products.

The money spent on advertising is a relatively small proportion of BP's total expenditures of about $6.1 billion so far on the oil spill, Dean said.

Castor said the Gulf region was just coming out of the recession when the blowout of the Deepwater Horizon rig occurred. She called the oil spill "a real shot in the gut" for many small businesses that depend on summer tourism, from hotels and restaurants to charter boat operators.

BP's ad campaign — in which U.S-based employees vow to clean up and restore the Gulf Coast — appears to be having some effect.

"Their ad campaign polishing the corporate image is going off like clockwork," Castor said. "I wish they would do a better job of actually addressing the economic damage to my state and small business owners."