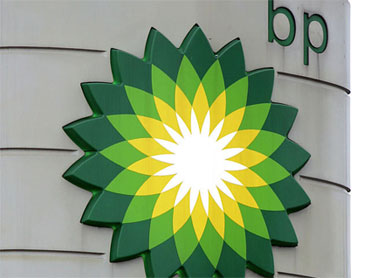 BP shares rose about 8 percent as the company said it succeeded in stopping the flow of oil into the Gulf of Mexico for the first time since April.

Shares rose $2.74, or 7.6 percent, to close at $38.92 Thursday, They were up about 3 percent as BP began testing a cap atop the gushing oil well. The shares shot higher in the last hour of trading after BP announced the oil had been stopped when all valves on the cap were shut, as part of the test.

The shares have gained about 46 percent since hitting a 14-year low of $27.02. But they're still well below the $60.48 they fetched on April 20 when a BP-operated rig exploded and set off the oil spill that lasted 85 days.

Stopping the oil is a long-awaited milestone in one of the nation's worst environmental disasters. BP must wait to see if the cap can hold the oil without blowing a new leak in the well. BP is drilling two relief wells so it can pump mud and cement into the leaking well in hopes of plugging it for good.

Argus Research analyst Phil Weiss said that "as long as news around the spill continues to have a positive spin," he expects the stock "to show an upward bias."

Other major oil companies rose on news of the spill stoppage. Exxon Mobil shares were down about 56 cents before rebounding to close up 1 cent to $59.27. Chevron Corp. and Total SA had similar rallies.

Drillers recovered as well. Shares of Diamond Offshore Drilling, which recently said it was moving an oil rig out of the Gulf to Mexico to Egypt because of the Obama administration's drilling moratorium, leapt in the last half-hour of trading from $64.21 to a close of $65.91.