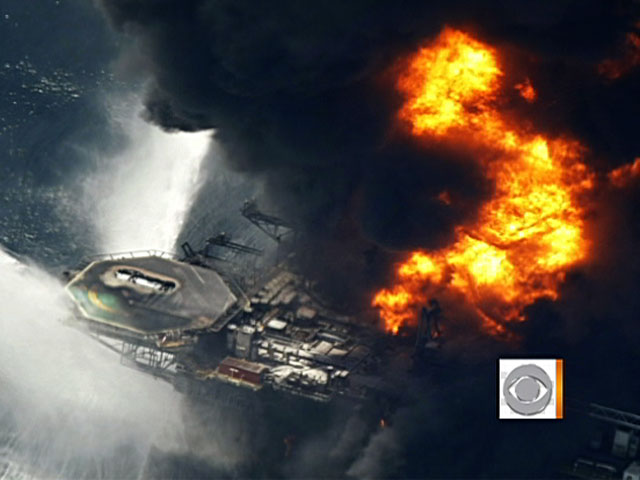 On Oct. 20, 2010, a catastrophic explosion on BP's Deepwater Horizon oil drilling platform in the Gulf of Mexico led to the worst oil spill in U.S. history.

A raging fire, fed by oil and gas, burned out of control for two days before the Deepwater Horizon sank in some 5,000 feet of water.

Almost forgotten in the year since the blast are the workers struck by the tragedy.

There were 126 crewmembers on the rig. Eleven perished in the explosion. Their bodies were never recovered.

And on "The Early Show" Wednesday, four who did escape with their lives recounted what happened that fateful day.

Yancy Keplinger, the Senior Dynamic Position Operator who was in charge of the fire and gas monitoring alarms. He was the last person to leave the rig.

Daniel Barron, a floor-hand, who was one of only two men on his nine-man shift who lived

Doug Brown, Chief Mechanic, who was buried by debris and had to crawl out of the rubble after suffering a broken leg

Brent Mansfield, First Engineer, who has amnesia from a brain injury and doesn't remember the explosion.

In addition, their lawyer, Steve Gordon, said the rig's owner, Transocean, stopped paying the men in December and is only providing minimal "maintenance" pay of less than $900 a month required under maritime law.

Keplinger described being alone with the captain on the platform after everyone else was off. The captain, he said, jumped. And also survived. Keplinger also leaped into the water.