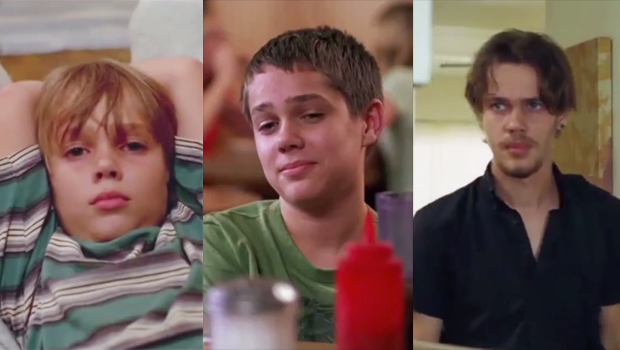 "Boyhood," a coming-of-age tale that was filmed over a span of 12 years, capturing the simultaneous maturation of its actors and characters, was named the best film of the year Sunday by critics' groups in Los Angeles and Boston.

Among the L.A. critics' group eclectic choices for year-end honors is Tom Hardy as Best Actor for his virtually solo performance in "Locke," filmed almost entirely in the confines of a car.

J.K. Simmons was named Best Supporting Actor for "Whiplash," while Polish actress Agata Kulesza received the Best Supporting Actress Award for her performance in "Ida," as the aunt of the film's central character, a young novitiate at a convent, who takes the young girl on a journey of discovery about her past.

Wes Anderson's "The Grand Budapest Hotel," a runner-up for both Best Picture and Best Director, won awards for its screenplay and production design.

Jonny Greenwood, for "Inherent Vice," and Mica Levi, for "Under the Skin," shared the Best Music Score Award.

The LAFCA also announced runners-up in their voting, which are listed below.

Best Animation: "The Tale of the Princess Kaguya"
Runner-up: "The Lego Movie"

Michael Keaton was named Best Actor for her performance as a washed-up superhero movie star trying to make a comeback on Broadway in "Birdman."

Marion Cotillard received the Best Actress award for two performances -- "The Immigrant" and the Belgian drama, "Two Days, One Night."

Not to be outdone in ecelectic choices, on Saturday the Boston Online Film Critics Association selected an unconventional winner for best of 2014: Bong Joon-ho's dystopian action film, "Snowpiercer," for which Tilda Swinton was also named Best Supporting Actress.

The critics also cited the Tom Cruise action film "Edge of Tomorrow" for its editing, and Mica Levi's score for the science fiction thriller "Under the Skin." "Life Itself," about the late film critic Roger Ebert, won Best Documentary. "The Lego Movie" took the Best Animated Film award.