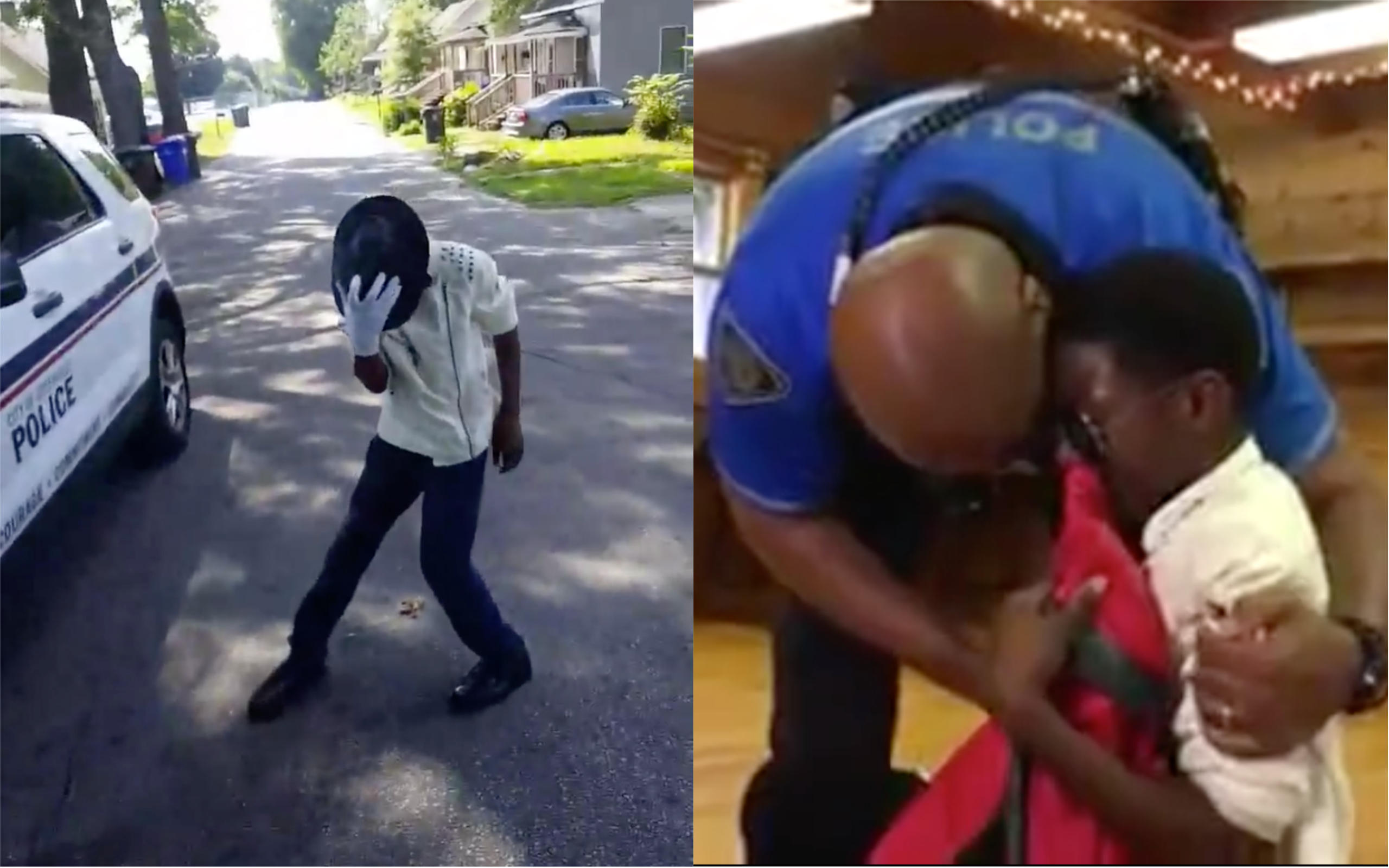 Javon Dendy's dancing is so good, he could be mistaken for the King of Pop. A video of Javon dancing to Michael Jackson's "Billie Jean" went viral last week after the Greenville Police Department shared it on Facebook.

Officer Kawain Harrison spotted Javon dancing when he was responding to a call in his neighborhood. Officer Harrison quickly whipped out his phone and began filming. "When you encounter a talent like Javon, sometimes, the best thing to do is hit record on your phone, get out of the way and let him do his thing," the department wrote in the caption to the video.

Javon knew all of Jackson's signature moves. With talent like that -- and one of his grandfather's white gloves from being a church usher -- he looked the part of the pop superstar. Javon didn't just impress Officer Harrison, he impressed hundreds of thousands of people who saw the video online.

The now-viral Michael Jackson impersonator is not only talented, he's humble. Javon says he learned some of his moves from watching Ellen DeGeneres dance on her show.

Officer Harrison was inspired by his encounter with the talented and kind boy, so a week later, he met up with Javon again to give him a "thrilling surprise."

The police department posted a new video of Javon. This time, he wasn't dancing, he was opening a present from Officer Harrison and his wife.

As soon as he took the top off the box, his jaw dropped. A black hat, similar to one Jackson used to wear, sat on top. Underneath it was a pair of sequined gloves to replace the old ones Javon had been wearing, and a pair of aviator sunglasses -- another Jackson classic.

But the outfit would not be complete without Jackson's signature red leather jacket that he wore in the "Thriller" music video. When Javon saw a replica of that iconic jacket laying in the the box, he was stunned. The 12-year-old began tearing up, and Officer Harrison came over to give his new friend a hug.

Javon had the talent, and now he has the outfit. It was something he had always dreamed of, CBS affiliate WSPA reports. Officer Harrison's gift celebrating Javon's love for Michael Jackson happened to fall the anniversary of Jackson's death: June 25.

When a local dance school saw the viral videos of the boy, they reached out to help fulfill another one of his dreams. Javon says he wants to be a singer and dancer, and the Southern Elite Dance Company in Spartanburg, South Carolina, has offered him a full dancing scholarship for this upcoming fall.