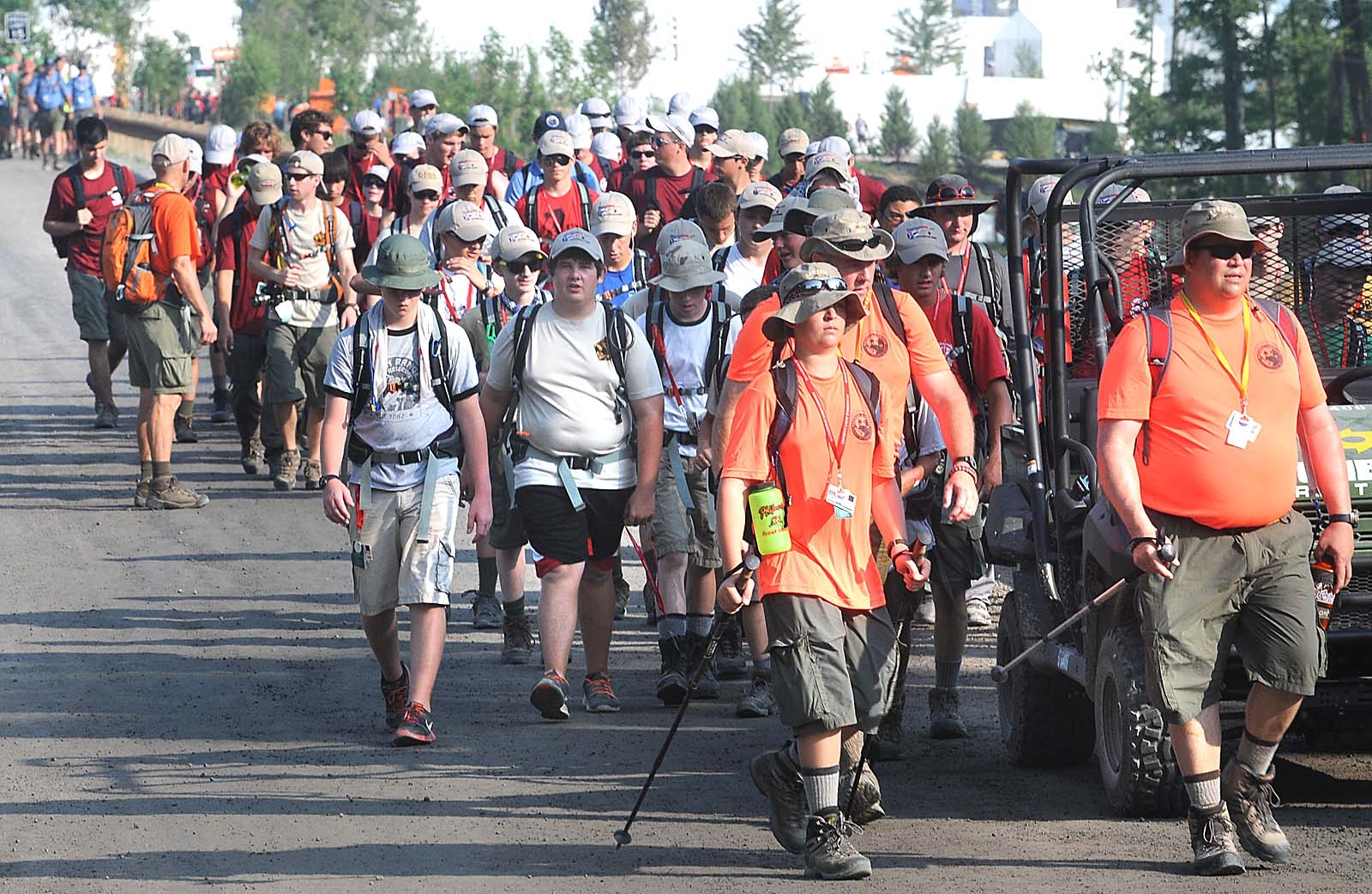 Participants at the Boy Scouts of America's National Jamboree are turning each other into virtual creepy crawlies by the thousands this week.

It's part of an educational game Virginia Tech researchers designed to show how disease spreads.

The Virus Tracker combines technology with the age-old game of tag. At the 10-day Jamboree, Scouts can earn points by "infecting" other players through a "virus" on bar-coded labels that are attached to their Scout IDs. Codes can be activated at scanning stations or by smartphones that have downloaded the Virus Tracker app. Individuals and troops that amass the most points each day win.

The goal is to stay human.

Colin Slavin, 15, whose Scout troop is based in Germantown Hills, Ill., called the chance to turn other Scouts into zombies "really cool."

Players can sign up when they visit the Virginia Bioinformatics Institute's tent at The Cloud, a technology area at the Jamboree where Scouts also learn about robotics, engineering, computer science and mobile communications.

Slavin heard about the virus program from other Scouts and had to try it for himself Thursday.

After filling out a brief computer survey, he tagged four other people before his brief rampage was stopped by an approaching thunderstorm, which forced officials to shut down the system.

Kristy Collins, VBI's education program manager for grades K-through-12, said about 3,000 of the estimated 30,000 Scouts at the Jamboree have participated so far. The labels are waterproof, enabling Scouts to participate even when they're doing other activities, such as rafting or learning how to SCUBA dive.

Some of the participants' gamer tags have included names like "B1ack.Plague" and "blaime.the.zombie."

It's not the first time technology and the undead have banded together. In 2005, the Humans vs. Zombies tag game was made popular at Goucher College in Maryland. It quickly spread to college campuses and communities nationwide. That version uses socks, foam-dart guns and red or green bandanas and requires reporting "tagged" zombies on a website.

Researchers are using data collected at the Jamboree to create an "infection tree" to show how individual Scouts spread the zombie virus within their population. The data will show how diseases such as the flu can become pandemics.

At times, "vaccines" are sent out through the system to turn the zombies human again if the Scouts answer an epidemiology question correctly. The Virus Tracker keeps count of things such as the number of infected and inoculated participants. Scouts without access to smartphones can still register by computer at the tent and distribute labels to other Scouts, thereby "infecting" them with the "virus."

"The first thing everybody says is `is it real?"' Collins said. "And we say, no it's not real. We're not giving you the flu. We kind of laugh about that."

The Scouts are then invited to help spread the zombie virus.