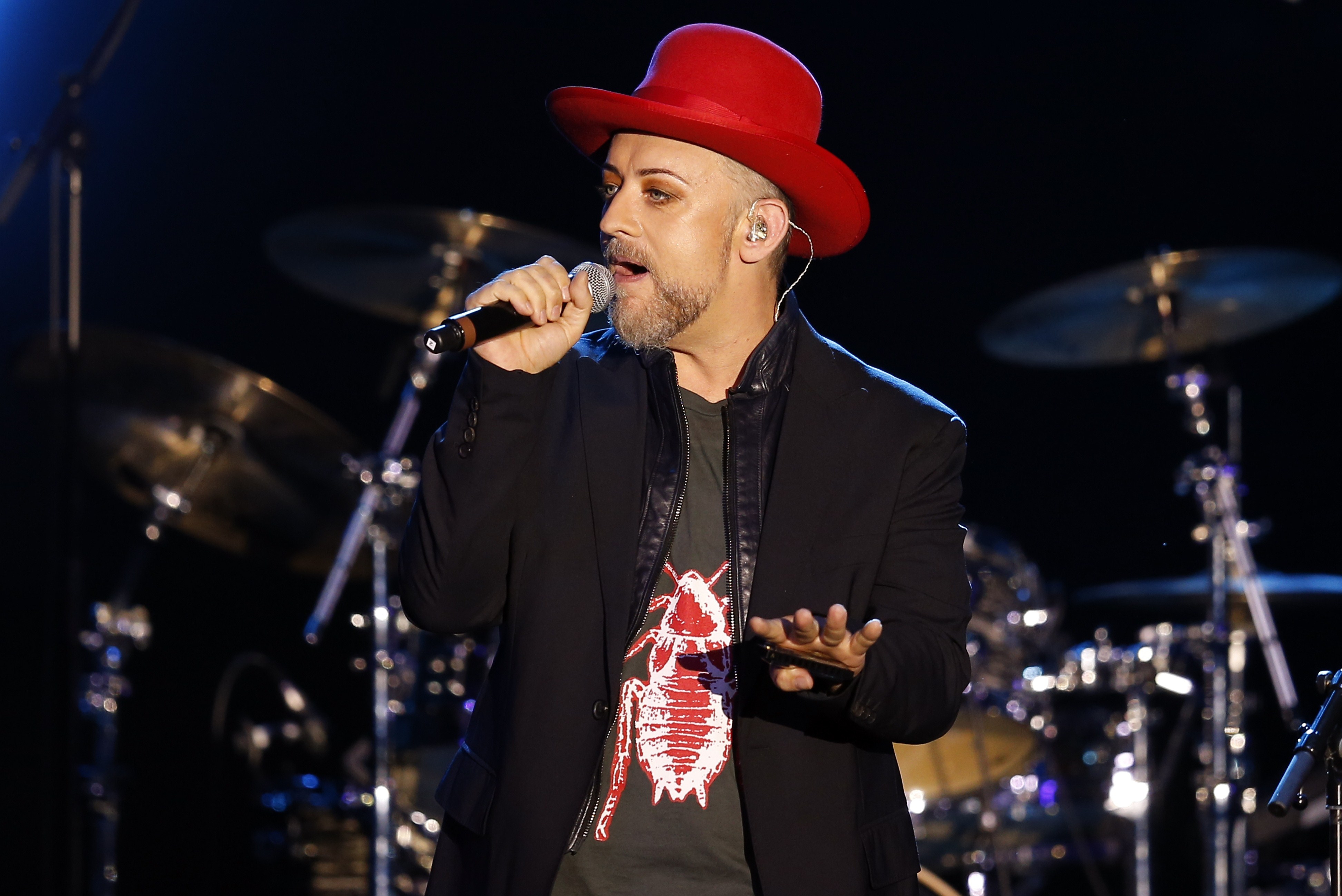 Boy George has pulled the plug on the Culture Club reunion tour.

He announced the news Thursday, revealing that doctors discovered a polyp on his vocal cords.

"I have been having trouble with my voice on and off for a few months and my manager suggested that I see a top throat doctor in Los Angeles," he wrote on Facebook. "I have been advised by doctors that to continue singing with this polyp would further damage my voice and could cause irreparable damage. It's a risk I just cannot take."

"To say I'm devastated barely touches how I feel," George, 53, added. "I know that those of you who love and support me will understand that this is a decision I just had to make. I will definitely get better and see you all soon back on tour."

The tour was scheduled to get underway Nov. 15 in Rancho Mirage, California.

George hopes to reschedule the outing in 2015.