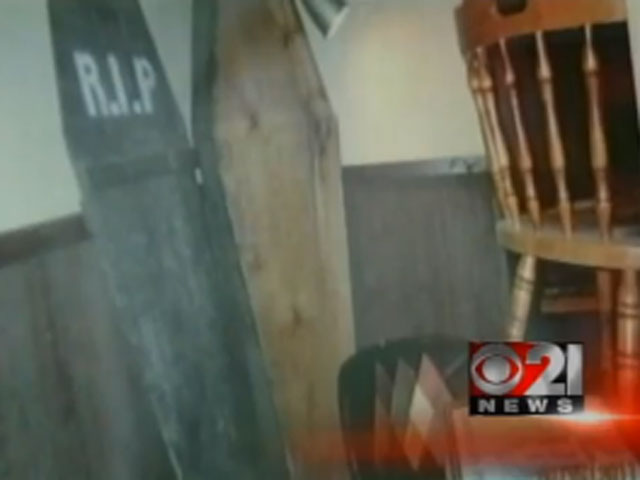 (CBS/AP) SCRANTON, Pa. - A northeast Pennsylvania couple accused of making a 7-year-old boy sleep in a coffin have been arraigned on endangerment and unlawful restraint charges.

The diaper-clad boy was found crying in the basement of a Scranton home. He says he was bound with tape.

His mother, 26-year-old Lori Gardner, and stepfather, 31-year-old Brian Sleboda, were ordered taken to Lackawanna County Prison on Tuesday in lieu of $60,000 bail each. The Scranton

Times-Tribune says the two said nothing as they were escorted out of the Scranton police headquarters.

Authorities say in a criminal complaint the child told officers he often was locked in the basement and told there were ghosts there.