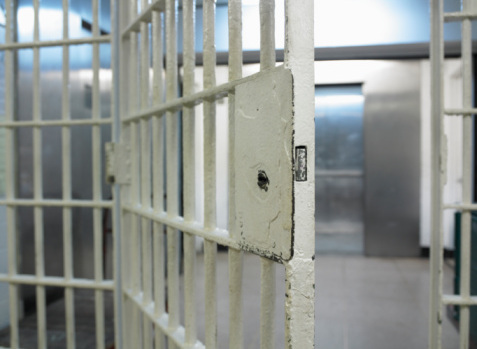 TYLER HILL, Pa. - A 10-year-old boy who's been in an adult jail since authorities say he fatally beat a 90-year-old woman two months ago is scared, lonely and misses his mother, his public defender said.

The boy, one of the youngest ever to face an adult homicide charge in Pennsylvania, met with family through a glass partition when he was first brought to the county lockup in rural northeastern Pennsylvania. More recently, he was permitted to have physical contact with them, according to the attorney, Scott Bennett.

"So his mom can give him a hug," he said this week.

In Pennsylvania, homicide charges must be filed in adult court.

The beating occurred Oct. 11 at the home of the boy's grandfather, who had been caring for the victim, Helen Novak. The boy became angry when he went into Novak's room to ask her a question and she yelled at him, according to the boy's mother, who brought him to a state police barracks later that day.

According to the mother, the boy told her that "he got mad, lost his temper and grabbed a cane and put it around Novak's throat," police said. The boy told a trooper he punched her several times in the throat and stomach while holding her down on the bed, authorities have said.

The boy has since met with a psychiatrist retained by the attorney general's office. The defense intends to have him see its own mental health expert, and Bennett said he will seek a transfer to juvenile court. He wants the boy treated in a youth facility.

"He's doing as well as can be expected. He's a 10-year-old kid away from his family. This is not an easy thing," Bennett said.

The boy is housed away from the adult population, but he's not in solitary confinement, according to the jail outside Honesdale. His cell doors are opened in the morning and locked at night, like the other inmates. The boy is supplied with books and movies, and a certified teacher helps him keep up with his schooling, said Vicky Botjer, chief clerk of Wayne County.

"The Wayne County Correctional Facility is housing the defendant in a safe environment," she said via email.

An attorney who initially represented the boy had petitioned to have him released into the custody of his father or moved to a juvenile detention facility. But he withdrew his request, saying the family wasn't comfortable having him placed in their care, and the closest youth facility was 80 miles away.

So the boy has remained in the adult jail.

Marsha Levick, chief counsel of the Juvenile Law Center in Philadelphia, questioned what she viewed as a lack of urgency in the case. Even if the boy is being treated well, an adult lockup simply isn't equipped to meet a child's needs, she said.

"It's shocking. I'm not sure there's another state in the country where we would see this, a 10-year-old boy sitting in an adult county jail for two months," she said. "This is not in any way to diminish the crime he is charged with, which is the most serious crime, but we don't treat children in this country this way."

A spokesman for the Pennsylvania attorney general's office, which is prosecuting the boy, declined to comment.