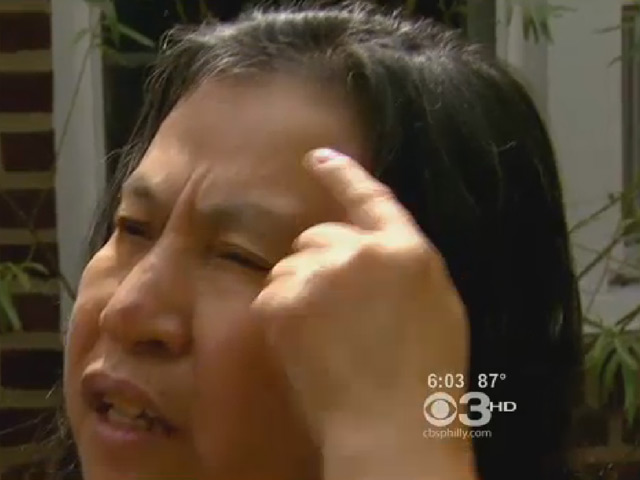 (CBS) PHILADELPHIA - A 10-year-old boy was charged in assaulting 51-year-old Minh Tran at her Pennsylvania home Tuesday, beating and robbing the disabled woman as she was sleeping in her bedroom, CBS Philly reports.

Police said they are still looking for two other youths, believed to be between the ages of 7 and 9, who were also involved with the home invasion.

The 10-year-old was turned in by his mother and lived just a few houses away from Tran's home. He is charged with several counts, including assault, burglary and recklessly endangering another person. Police said the 10-year-old suspect is refusing to cooperate.

"Law enforcement is seeing these crimes as bad enough to be charged as adults," said criminal defense attorney Danny Cevallos.

Police said the three youths broke into Tran's home, beat her with sticks and rope, threw a potted plant at her, stole money from her purse and trashed the house before running way.

"The parents have responsibility for that," said Tien Dao.

Dao is the pastor of Vietnamese Alliance who also owns the home where Tran lives. He said he and his wife met Tran a few years ago at church and decided to take the homeless woman in.

Tran was treated for cuts and bruises. Police said she positively identified the 10-year-old as one of her attackers.