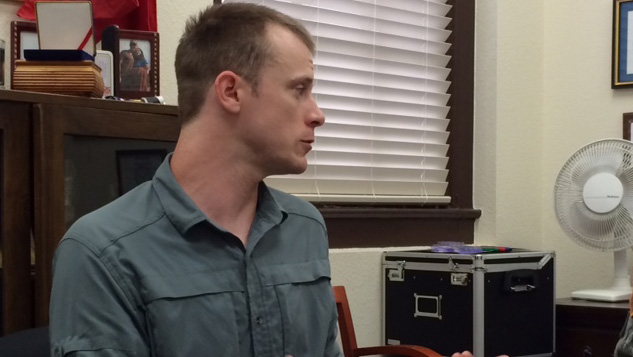 SAN ANTONIO -- Bowe Bergdahl said he walked away from his post in Afghanistan six years ago hoping to spark a massive search and get the attention of a general so he could discuss what he felt were problems with his unit's leadership, the officer who led the investigation of the Army sergeant's disappearance testified Friday.

Maj. Gen. Kenneth Dahl told the packed courtroom at Fort Sam Houston in San Antonio that Bergdahl felt the problems were so severe that they put his platoon in danger, but that Bergdahl's concerns were found to be unsubstantiated.

Dahl said Bergdahl planned to head from his post to the forward operating base roughly 19 miles away. He expected to arrive after a search had been launched and thought this would create a "PR event" that might get a general to listen to him speak about the problems.

"He felt it was his duty to intervene," said Dahl, who later added that he doesn't think Bergdahl should go to prison.

Bergdahl was captured by the Taliban after leaving his post on June 30, 2009, and was held until last year, when he was exchanged for five Taliban commanders being held at the U.S. detention center at Guantanamo Bay, Cuba. His commanding officers in Afghanistan testified Thursday about the grueling 45-day search for Bergdahl, saying it put other soldiers in danger.

Military prosecutors charged Bergdahl in March with desertion and misbehavior before the enemy. Dahl was among those called by Bergdahl's lawyers to testify at his Article 32 hearing, which was expected to conclude Friday and will help determine if he should face a court-martial.

Dahl said Bergdahl's perceptions about his unit were "completely off the mark." He said the Idaho native mistakenly believed there was a sergeant major who had joined the Army to "be a rapist; to be a thief." Dahl said the officer has an impeccable record.

He said Bergdahl also alleged that somebody in his unit desecrated what he thought were Afghan graves by kicking over rocks marking them, but that he wasn't able to substantiate that claim.

Bergdahl didn't have many friends but he seemed to be motivated to help others, Dahl said. He echoed what Bergdahl's commanding officers said Thursday: Bergdahl was a good soldier until he walked away from his post.

During Bergdahl's time in Afghanistan, he grew frustrated that he didn't have a larger role, Dahl testified. According to earlier testimony, Bergdahl and other members of his platoon had been constructing a remote outpost and doing guard duty, and Dahl said Bergdahl really wanted to be "kicking in doors" and looking for the Taliban.

When asked by Bergdahl's lead attorney, Eugene Fidell, what he believed Bergdahl's philosophy in life was, Dahl said Bergdahl identified with John Galt, the protagonist from the Ayn Rand novel "Atlas Shrugged." In the novel, Galt is presented as the ideal man - a philosopher and a statesman.

"That particular character had a great impact on how he saw himself and his role," Dahl said.

Earlier Friday, Bergdahl's former squad leader, former Sgt. Greg Leatherman, testified that before Bergdahl disappeared, he expressed concern to his first sergeant that Bergdahl didn't seem to be adjusting well to their deployment and that he thought Bergdahl should speak to someone such as a chaplain. He said the officer told him to drop the matter.

"First sergeant said he didn't want one of his guys telling him what was wrong with somebody in his company," Leatherman said.

Curtis Aberle, a family nurse practitioner at Fort Sam Houston who has been treating Bergdahl, said Bergdahl suffered extensive injuries during his time as a prisoner that have made him unfit to remain in the military.

He said Bergdahl has muscular nerve damage in his lower legs, a degenerative disc in his lower back and an injury that has left him with limited movement in his shoulder - injuries that he said were caused by Bergdahl being kept in a crouched position for extended periods.

Aberle said Bergdahl also suffers from post-traumatic stress syndrome, but he didn't mention any other psychiatric issues Bergdahl may have.

While cross-examining witnesses called by the prosecution on Thursday, one of Bergdahl's lawyers mentioned that Bergdahl had received a psychological discharge from the U.S. Coast Guard and that an Army psychiatric board had concluded that Bergdahl possessed a "severe mental defect."

Bergdahl did not testify in his own defense. Fidell said any relevant information about his capture is included in an extensive interview Bergdahl gave military investigators last year. He repeated his call for that report to be released, saying it would help tell Bergdahl's side of the story and counteract some of the negative publicity he has faced since the prisoner exchange.

Bergdahl is charged with desertion and misbehavior before the enemy. The hearing is to help determine if there is enough evidence to warrant a military trial. If Bergdahl is tried and convicted of the misbehavior charge, he could get life in prison. He also could be dishonorably discharged, reduced in rank and made to forfeit all pay if he's convicted.

The officer presiding over the hearing will forward his recommendations to Gen. Robert Abrams, the commanding general of U.S. Army Forces Command. Abrams will decide whether the case should be referred to a court-martial or be resolved in another manner.