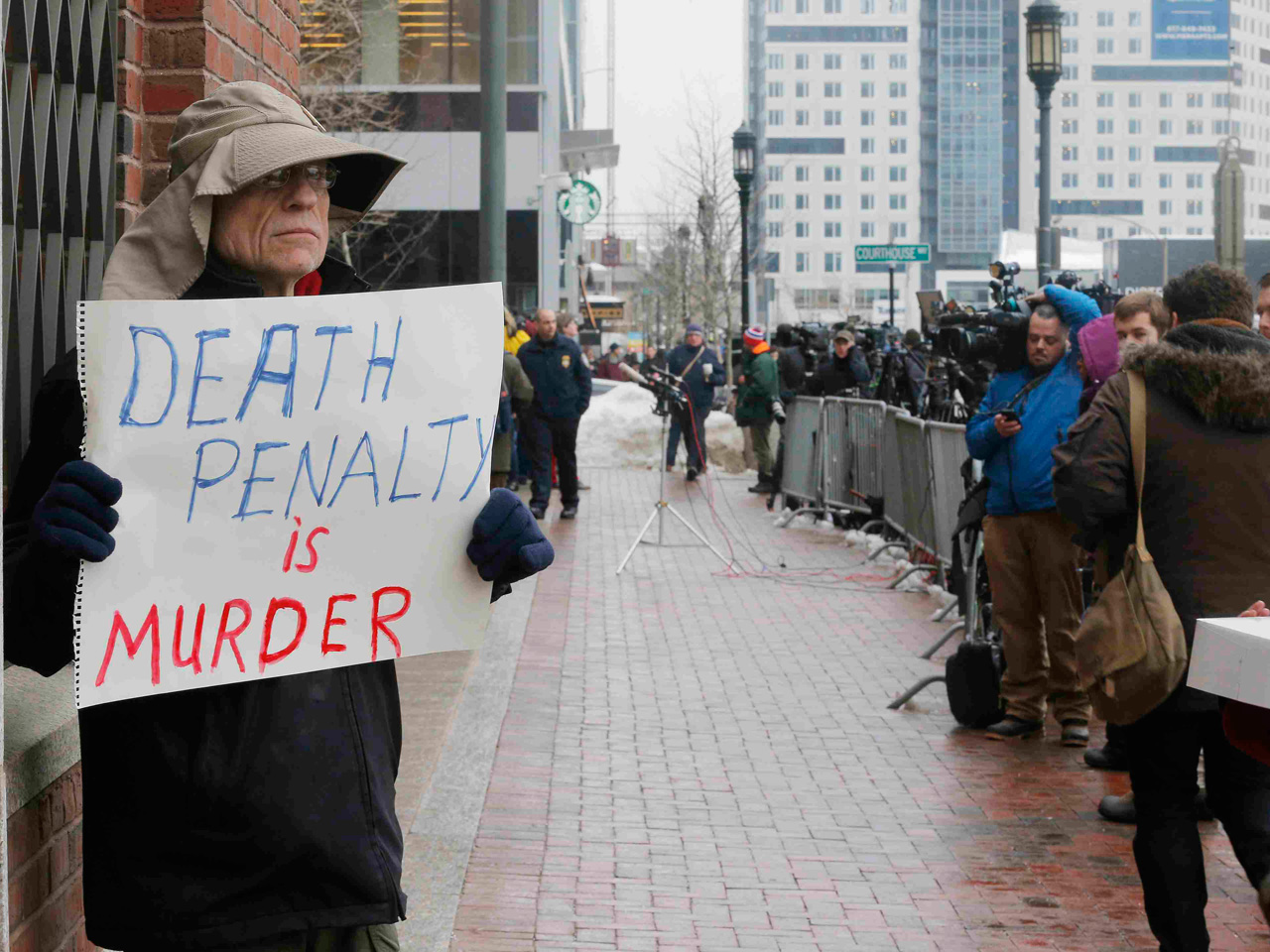 BOSTON - His life on the line, Dzhokhar Tsarnaev went on trial Wednesday in the Boston Marathon bombing, with his own lawyer admitting in opening statements that her client was guilty. But she argued that he had fallen under the evil influence of his older brother.

Judy Clarke, one of the foremost death-penalty defense attorneys in the U.S., delivered a startling opening statement in the nation's most closely watched terrorism trial since the Oklahoma City bombing nearly 20 years ago, clearing intended as an attempt at saving her client's life.

"It WAS him," Clarke said of Tsarnaev.

Laying out an argument clearly aimed at saving Tsarnaev from the death penalty, Clarke said that the defense will not try to "sidestep" his guilt for the "senseless, horribly misguided acts carried out by two brothers."

"The evidence will not establish and we will not argue that Tamerlan put a gun to Dzhokhar's head or that he forced him to join in the plan," Clarke said, "but you will hear evidence about the kind of influence that this older brother had."

Earlier, prosecutors said in their openings statement that he used a backpack to plant a bomb specifically designed to "tear people apart and create a bloody spectacle."

"He believed that he was a soldier in a holy war against Americans," Assistant U.S. Attorney William Weinreb said. "He also believed that by winning that victory, he had taken a step toward reaching paradise. That was his motive for committing these crimes."

Lawyers for Tsarnaev, then 19, have made it clear they will try to show that he was influenced by his 26-year-old brother, Tamerlan, who died following a shootout with police days after the bombings. They plan to portray Tamerlan as the mastermind of the attack.

Because of the wealth of evidence against the younger brother - including a video of him leaving a backpack at the scene, and incriminating graffiti scrawled on the boat where he was captured - legal experts have said all along that there is little chance of escaping conviction.

Prosecutors say Dzhokhar was an equal and willing participant in the plot.

A shaggy-haired, goateed Tsarnaev slouched in his seat and showed no reaction as Weinreb spoke, not even when the prosecutor described how Tsarnaev ran over his brother with a stolen Mercedes and dragged the body 50 feet during the getaway.

Three people were killed and more than 260 hurt when two pressure-cooker bombs exploded near the finish line seconds apart on April 15, 2013. Tsarnaev is accused of carrying out the attacks with his older brother, now dead.

About two dozen victims of the bombing took up the entire left-hand side the courtroom, watching somberly as Weinreb described the carnage. Several hung their heads and appeared to fight back tears.

Weinreb said Tsarnaev carried a bomb in a backpack, and it was "the type of bombs favored by terrorists because it's designed to tear people apart and create a bloody spectacle."

Sketching out the horrific scene on the streets after the two pressure-cooker bombs exploded, Weinreb said: "The air was filled with the smell of burning sulfur and people's screams."

The prosecutor described how 8-year-old Martin Richard stood on a metal barrier with other children so he could get a good view of the runners.

"The bomb tore large chunks of flesh out of Martin Richard," and the boy bled to death on the sidewalk as his mother looked on helplessly, Weinreb told the jury, with the boy's parents in the courtroom.

After the bombings, Tsarnaev "acted like he didn't have a care in the world," the prosecutor said. Weinreb said Tsarnaev went back to the University of Massachusetts-Dartmouth and hung out with his friends.

"While victims of the bombing lay in the hospital and learned that they would have to have their limbs chopped off to save their lives, the defendant pretended that nothing had happened," Weinreb said.

Attorney Judy Clarke, one of the nation's foremost death penalty specialists, was expected to deliver the opening statement for Tsarnaev.

Among the victims in the courtroom was Heather Abbott, who lost a leg in the attack. None of the victims came in on crutches or in wheelchairs; all appeared to walk under their own power. Also in the group were Denise and Bill Richard, the parents of 8-year-old Martin Richard.

Two dramatically different portraits of the former college student are expected to emerge during the trial.

Was he a submissive, adoring younger brother who only followed directions given by his older, radicalized brother? Or was he a willing, active participant in the attacks?

Tsarnaev's lawyers have made it clear they will try to show that at the time of the attack, Tsarnaev, then 19, looked up to his older brother, Tamerlan, 26, and was heavily influenced by him. They plan to portray Tamerlan as the mastermind of the attack. He died in a shootout with police days after the bombings.

But prosecutors say Dzhokhar was an equal participant who acted of his own free will. They contend the brothers - ethnic Chechens who arrived from Russia more than a decade ago - were driven by anger over U.S. wars in Muslim lands.

Tsarnaev faces 30 charges in the bombings and the shooting death days later of a police officer from the Massachusetts Institute of Technology. Seventeen of the charges carry the possibility of the death penalty.

Security was extremely tight. During jury selection, dozens of police officers and federal security officers were stationed inside and outside the courthouse, armed Coast Guard boats patrolled Boston Harbor, and a side street leading to the courthouse was blocked.

Tsarnaev's lawyers fought right up until the last minute to have the trial moved out of Massachusetts, arguing that the emotional impact of the bombings ran too deep and too many people had personal connections to the case. Their requests were rejected by Judge George O'Toole Jr. and a federal appeals court.

Just before the jury was brought in, O'Toole rejected a fourth request to move the trial.

The panel of 10 women and eight men was chosen Tuesday after two long months of jury selection, interrupted repeatedly by snowstorms and the requests to move the trial.

The trial will be split into two phases - one to decide guilt or innocence, the other to determine punishment. If Tsarnaev is convicted, the jury will decide whether he gets life in prison or death.

The trial is expected to last three to four months.