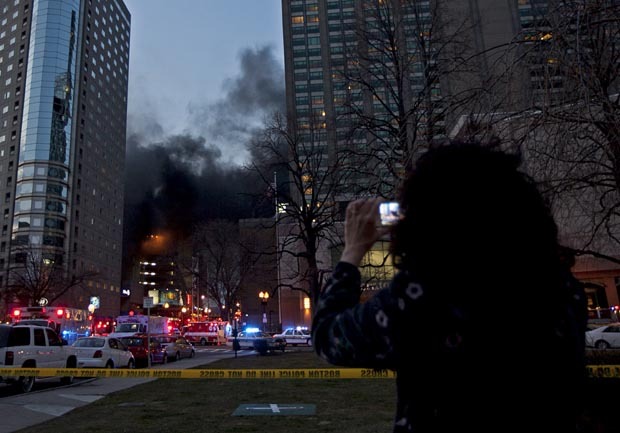 (CBS/AP) BOSTON - Sections of Boston that lost power because of a smoky electrical transformer fire slowly recovered Wednesday but problems were expected to persist for most of the day.

About 11,000 were still without power Wednesday and many traffic lights were still out, which made for a slower morning commute. However, a heavy police presence directing traffic at major intersections and commuters heeding warnings to stay away from the area helped prevent serious slowdowns, police said.

The Prudential Tunnel on the Massachusetts Turnpike, a major artery into the city from the west, was closed down overnight but was reopened just before 5 a.m. Wednesday.

Electric utility NStar was bringing in generators and hoped to have power back to everyone by Wednesday evening, a company spokeswoman said.

"Our focus now is getting customers up and running, and after that we'll look for the cause," Caroline Allen said.

Many businesses, as well as the Boston Public Library, remained closed. People showed up for work Wednesday and were told to go home. Some roads also remained blocked off to traffic and two subway stops without power in the area remained locked up.

"Our condo building lost power completely," one man told CBS News correspondent Jim Axelrod. "So I went on the roof deck and I looked over and I saw just massive, black plumes of smoke."

Schools in the area were up and running.

Police will maintain a visible presence in the area until things are back to normal, Police Commissioner Edward Davis said.

There were no reports of looting or other problems, he said.

"It's a real testament to the people of the city," he said. "... Even the driving has been respectful."

The city is sending inspectors to restaurants in the affected area to make sure no spoiled food is being served, Mayor Thomas Menino said.

The fire plunged a huge swath of the city, from the Back Bay, to Chinatown, to Kenmore Square into darkness. Skyscrapers, normally lit up even when no workers are inside, stood eerily dark overnight. Hotels, bars and some homes were evacuated.

There was some concern that the heavy black smoke that billowed across the city the first minutes of the fire was toxic, was authorities said it was not.

Vera Leader, who works in King's bowling alley across from the fire, said employees watched from the roof as the smoke got worse and worse until the power finally went out.

"We could see from the top of the roof that there was a lot of smoke billowing over," she said.