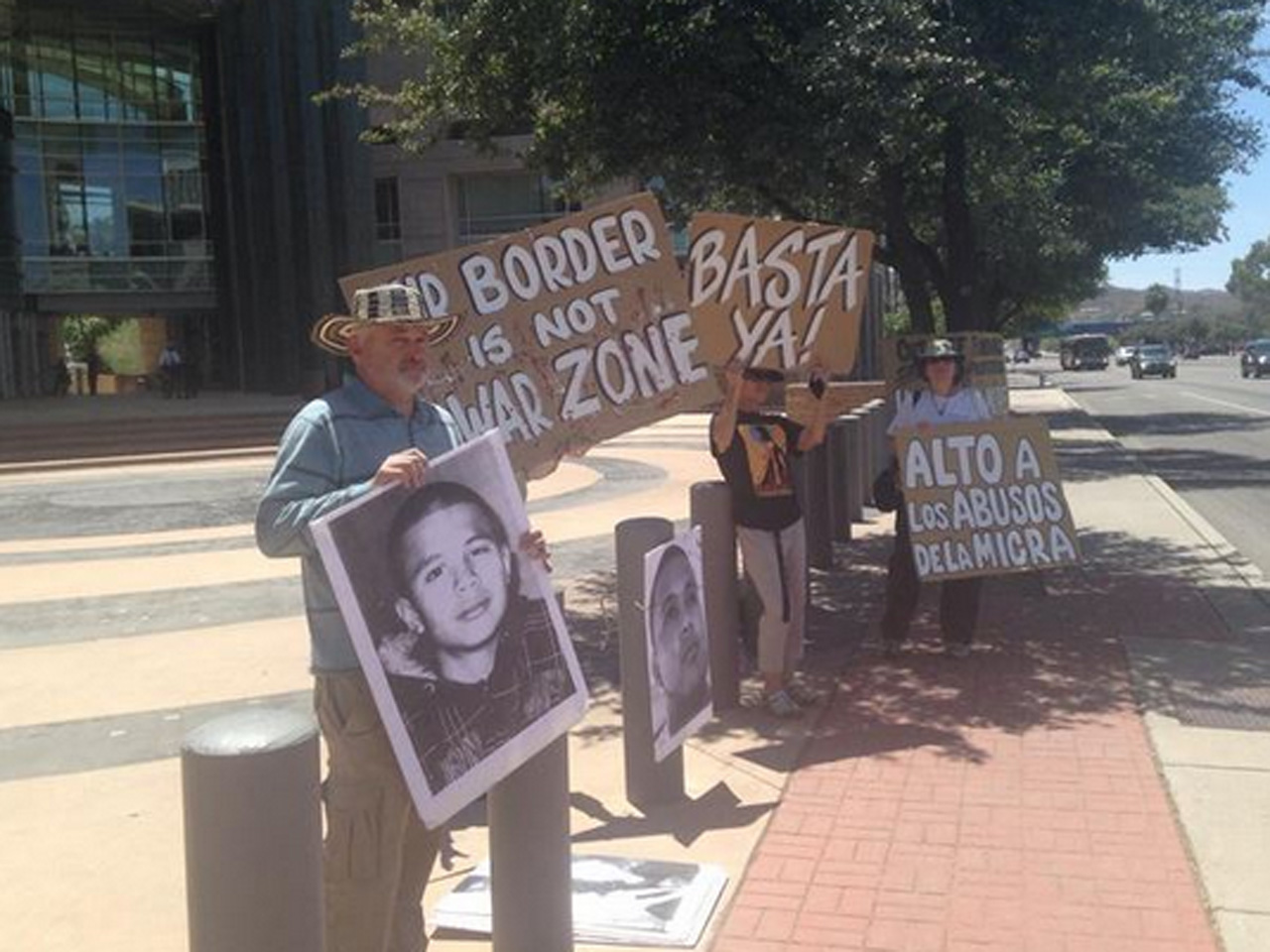 TUCSON, Ariz. -- Federal authorities have charged a U.S. Border Patrol agent who killed a Mexican teenager in a cross-border shooting with second-degree murder.

"The Elena Rodriguez Family is grateful to the DOJ (Department of Justice) for this first step in the pursuit of justice, and remain steadfast in their resolve to seek full transparency from the U.S. Border Patrol on behalf of Jose Antonio," Parra said.

Sean Chapman, Swartz's attorney, did not respond to a late call seeking comment. He told The Arizona Daily Star he expects his client to plead not guilty at an Oct. 9 arraignment. The U.S. Attorney's Office also has not responded to a request for comment.

Swartz is also facing a federal civil rights lawsuit in the death of 16-year-old Elena Rodriguez, who was in Nogales, Sonora, on Oct. 10, 2012, when Swartz shot him from Nogales, Arizona.

The Border Patrol has said that Elena Rodriguez was among a group of rock-throwers endangering agents' lives. But his family says the boy was walking home from a basketball game with friends and wasn't armed or throwing rocks.

An autopsy revealed Elena Rodriguez had been shot about 10 times.

The case sparked outrage and came amid criticism that the Border Patrol uses force indiscriminately, a charge the agency has adamantly denied. Border Patrol agents generally are allowed to use lethal force against rock throwers because rocks can be potentially deadly. Rock throwers have attacked agents more than 1,700 times since 2010, according to the agency.

The ACLU says the Border Patrol has a systematic problem with use of force and filed a lawsuit in Tucson on behalf of the boy's mother.

Chapman tried to get the lawsuit thrown out on the grounds that the U.S. Constitution doesn't apply to Elena Rodriguez, a Mexican citizen, because he was in Mexico at the time of the shooting.

A federal judge in July ruled that the lawsuit can go forward.

CBS Tuscon affiliate KOLD-TV reports that, during a May 2015 hearing on the case in the federal courthouse in Tuscon, Rodriguez's grandmother, Taide Elena, got very emotional, saying Swartz should have to pay for what he did.

"We are going to continue to struggle to the last because Jose Antonio was a young man with goals with dreams and he wasn't a criminal he wasn't an animal to be killed like he did," the station quotes her as saying.

In one, in Texas, a federal appeals court ruled that a teen killed in Mexico by a border agent in El Paso was not protected by the Constitution.

In that case, U.S. Border Patrol agent, Jesus Mesa Jr., shot 15-year-old Sergio Adrian Hernandez Guereca in June 2010 near a bridge between El Paso, Texas, and Ciudad Juarez, Chihuahua. Authorities said Mesa was trying to arrest immigrants who had illegally crossed into the country when rock-throwers attacked him. Mesa fired his weapon across the Rio Grande, striking Hernandez Guereca twice.

A three-judge panel of the 5th U.S. Circuit Court of Appeals originally said Hernandez Guereca's family could sue Mesa. But the full court overturned that ruling in April.