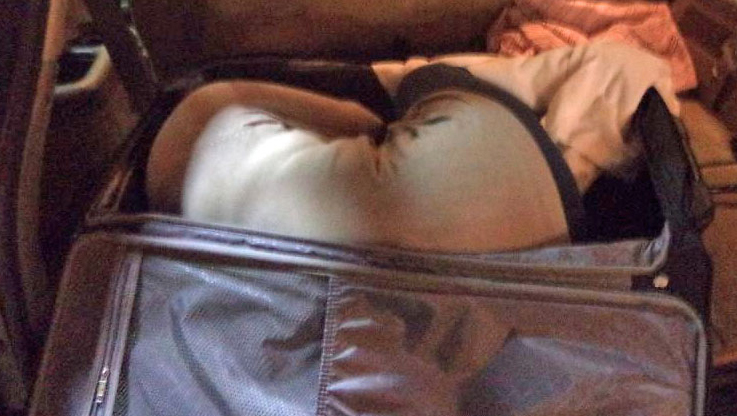 NOGALES, Ariz. - Authorities say a smuggling attempt at the U.S.-Mexico border was thwarted when inspectors found a woman from Thailand inside a suitcase.

Mongkolsermsak, from Bangkok, was hidden under clothing in the large suitcase in the back of the vehicle driven by a 56-year-old Phoenix man, whose name hasn't been released.

Customs and Border Protection spokesman Victor Brabble said Tuesday that Mongkolsermsak was being charged with re-entry after deportation.

Authorities didn't immediately know if she has a lawyer yet.