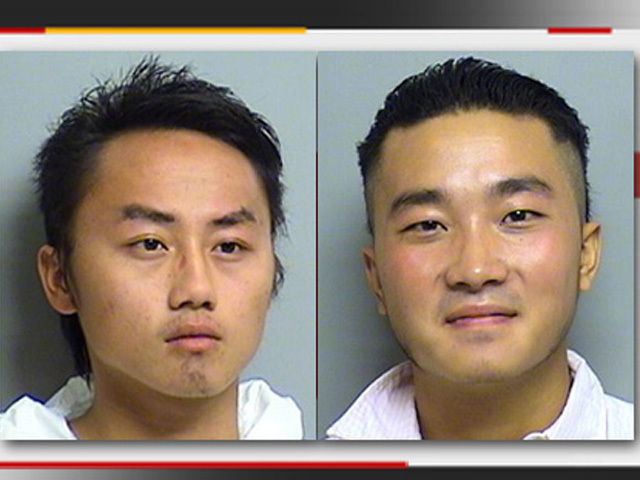 Authorities say Boonmlee Lee, 21, and Meng Lee, 19, who live in Tulsa, face five counts each of shooting with intent to kill in addition to firearm charges. The two men are reportedly cousins.

The suspects were arrested shortly after the attack, which happened about 8 p.m. Saturday.

A police helicopter that was in the area spotted a car driving away from the scene with its headlights off and notified officers on the ground, who pulled it over.

The suspects had thrown clothes and a semi-automatic handgun believed to have been used in the attack out of the vehicle, police said.

A witness at the private party at the Tulsa Event Center described the chaotic scene, as people lined up to get dinner were sent running and ducking for cover when the shots rang out. There were at least 200 people at the celebration, which festival-goers likened to a Thanksgiving celebration in America.

Tulsa police spokesman Capt. Steve Odom said a gun was recovered but that it will have to be tested to see if it is linked to the Saturday night shooting. Odom said the alleged shooters and the victims were all Hmong and that there was "probably a relationship" between the men charged and the victims.

It was not clear from jail records whether each had an attorney. An arraignment is pending.

Spokeswomen for the two Tulsa hospitals where the victims were transported said they could not release information on the condition of the wounded Sunday, citing the ongoing police investigation.

The victims are expected to survive. Their names have not been released.

The Hmong are an Asian ethnic group hailing from countries including Laos, China, Vietnam and Thailand. The Hmong population in Tulsa is between 3,000 and 4,000. Many Hmong have migrated to Tulsa from across the country during recent years seeking jobs.