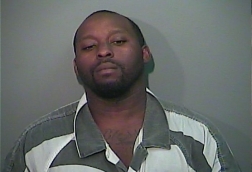 (CBS/AP) KNOXVILLE, Tenn. - Blast that stereo, get busted for drugs.

That's how it went down in Knoxville, where police say they arrested a man on drug charges after being drawn to his parked car because of the unacceptably loud music coming from it.

According to The Knoxville News Sentinel, officer Joel Ascencio heard the radio playing in the car Wednesday afternoon in violation of the city's noise ordinance. The occupant then threw something out of the vehicle, which turned out to be a bag of marijuana and another bag of crack cocaine, officers said.

He was jailed, and will face the music with a hearing set for Sept. 19.