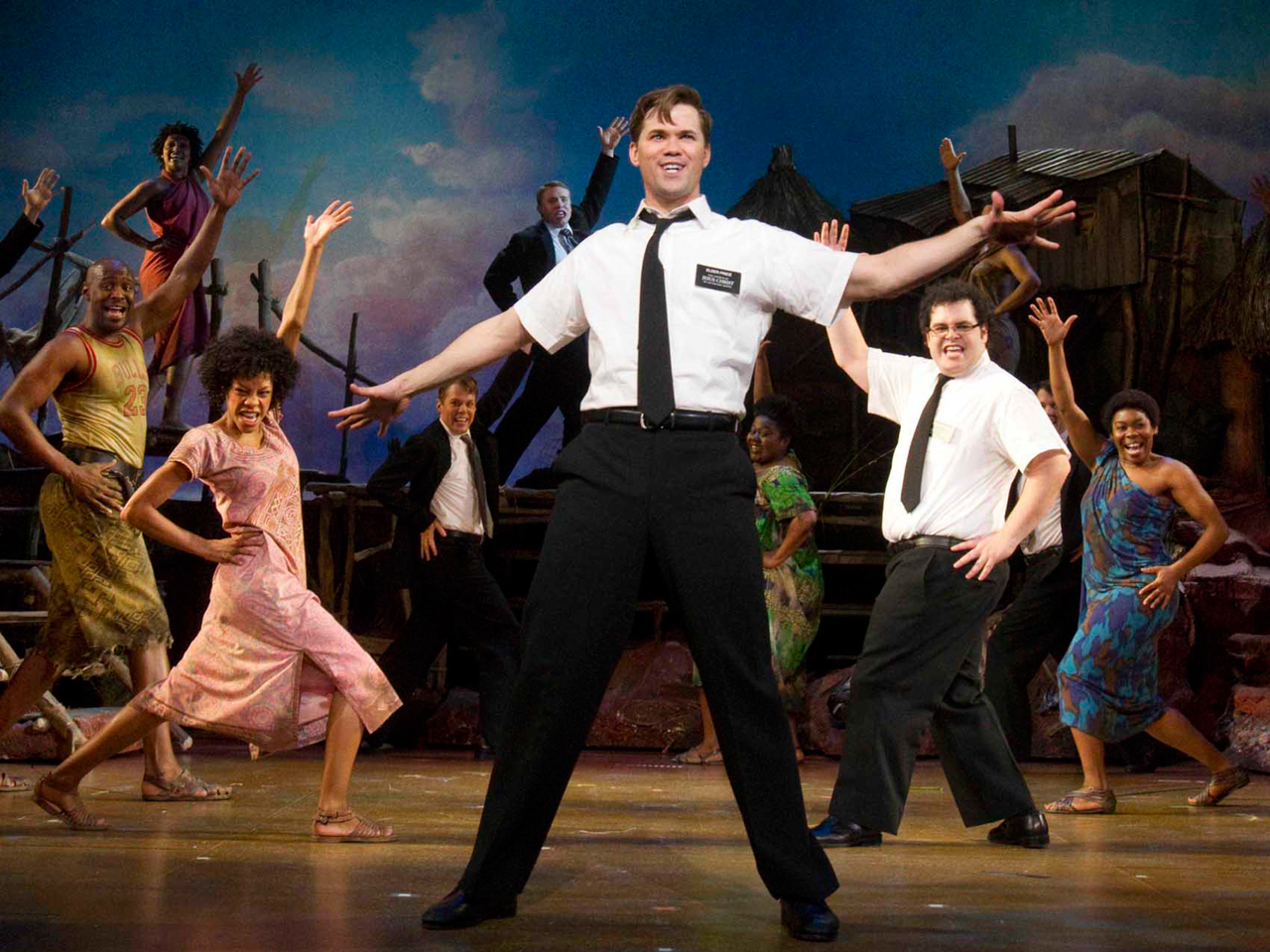 NEW YORK - As 2011 dawned, a new crackerjack Jon Robin Baitz play was opening off-Broadway and a rowdy Spider-Man was getting bad press on Broadway. A year later, that crackerjack Baitz play is now on Broadway and "Spider-Man: Turn Off the Dark" has (gasp!) turned into a respectable tenant, making its rent each month, not injuring people, keeping the noise down.

But only one of those shows made our Top 10 list of the best in theater in 2011:

1. "The Book of Mormon": Does this need explanation? It's smart and reverential and completely winning, Tony Awards included. (Plus, the show sells a pair of boxers that say "I Have Maggots in My Scrotum.") This is pure gold for Broadway, but it will take plenty of that precious metal to pay for a pair of tickets for a Saturday night performance, even for next May.

2. "War Horse": Sure, the plot may be a little dopey, but the puppets and sheer inventiveness behind this visually stunning production easily make it a must-see. But there's no rush. Relax: It's probably going to be at Lincoln Center longer than World War I.

3. "Anything Goes": Cole Porter songs, Kathleen Marshall's vision and Joel Grey singing, but really the prize here is Sutton Foster. She won a Tony for her role as a nightclub singer in this frothy singing-and-dancing cruise, and tap-dances away with the audience. We dare you to stop humming "You're the Top" after this.

4. "Other Desert Cities": Baitz's beautifully crafted play about a dysfunctional family wrestling with a deep secret is great from start to finish, and Stockard Channing, Stacy Keach, Rachel Griffiths and Judith Light sparkle.

5. "Venus in Fur": Nina Arianda portrays a sexy actress, which isn't a stretch for her, but the time-shifting role she plays here is intense and she makes it stunning, not least for the way she moves about in a pair of thigh-high leather boots.

6. Mark Rylance: It's too late to see him in "La Bete" or "Jerusalem" but it's not too late to kick yourself. This is a Tony Award-winning actor who is so good it's scary. Next time he comes over here, let's make him feel really welcome or he's liable to leave again.

7. "Sleep No More": You go into a "hotel" in Chelsea and walk around "rooms" while "actors" perform "Macbeth" with a "film noir" twist. Immersive and cool and naughty and a little manic. But at the end you get to keep the mask.

8. "Seminar": Alan Rickman plays a crass, pugnacious novelist-turned-tutor to a group of four budding writers in Theresa Rebeck's wonderful play about the pain of creating art. But leave the "Harry Potter" fans at home: The only magic is in the script and the only thing that disappears is the shirt on one of the actresses.

10. "Gatz": This word-for-word theatrical adaptation of F. Scott Fitzgerald's "The Great Gatsby" may have seemed like it lasted longer than Kim Kardashian's marriage, but it was transformative and rich. The bad news? You missed it. The good news? It returns to the Public in January.