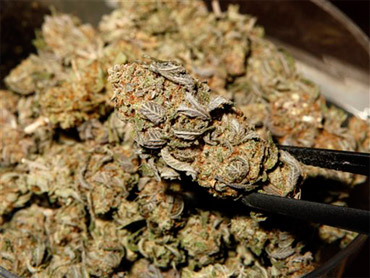 The legal war against marijuana is mostly a useless, expensive and in some cases, socially harmful exercise of government power, an international group of policy experts claim in a book published Tuesday.

"It is time for governments around the world to readdress cannabis policy," Peter Reuter, a professor of public policy at the University of Maryland and one of the book's five co-authors, told Reuters in an interview.

The book, titled "Cannabis Policy: Moving Beyond Stalemate," claims most arrests for marijuana possession in Britain, Switzerland and the United States did little as a deterrent, though it did cause social divisions and cost large sums of government money.

A United Nations estimate quoted by Reuters says 190 million people around the world use marijuana.

There is "growing evidence that criminalization of use is a minor deterrent," Reuter said in the interview adding that there should be more government emphasis on developing "responsible ways of managing supply, rather than creating large illegal markets."

Reuter explained that safety was a key concern.

"What we really need is a safer was way in which people can buy the drug, rather than leaving it to an illegal market which is producing a drug that is strong and stronger," he told Reuters.

"It's an additional but increasingly important argument for why we have to face up to working out how to provide a regulated market for cannabis."