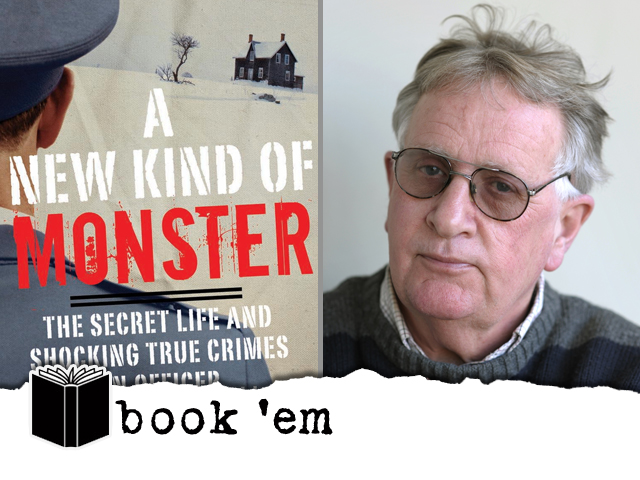 The news of his arrest and conviction in 2010 on multiple charges of murder and sexual assault reverberated across Canada and made international headlines.

"In thirty years of writing about crime in Canada and conflict abroad, I thought I'd seen every kind of killer," writes award-winning journalist Timothy Appleby, "but Russell Williams did not resemble any of them and in one way he seemed the scariest of them all because so many people who'd dealt with him had respected and liked him so much."

A NEW KIND OF MONSTER: The Secret Life and Shocking True Crimes of an Officer . . . and a Murderer, is Appleby's look at one of the most shocking crime sprees in Canadian history. He examines the colonel's early life, searching for clues to what might have triggered his disturbing and vicious behavior. And he chronicles the incredible twists and turns in the case.

Amidst numerous dead ends, it was a lucky break that led the police to Russell Williams's doorstep. Appleby documents the exhaustive and brilliant interrogation by police, and for the first time, makes public important information regarding Williams's guilty plea.

A NEW KIND OF MONSTER chronicles the creation of a most unlikely serial killer. Quite simply, Russell Williams defies all previous profiles and preconceptions of what constitutes such a terrifying predator.

Americans may know a little about the Russell Williams story, but the case hit Canada like a runaway freight train. Why is it such a big deal there?

The story hit hard, not just because the crimes were so dreadful, but because it involved a very senior member of the Canadian military.

The question arose: How was it possible for a predatory sado-sexual killer to be running the country's most important air base?

As per the book title, why do you feel Russell Williams is "A New Kind of Monster?"

He is different from almost all serial killers in that he is not a psychopath/sociopath. He has feelings, attachments and a conscience, and he knows what he did was wrong. He knew at the time as well, but he chose to act anyway.

What makes him unique?

He is not unique. He is extremely unusual. What sets him apart are his life circumstances.

What can law enforcement and forensic science learn from him?

One lesson is that police agencies have to work together, which was not entirely the case here, though the cops did brilliantly in the end, in getting the famous confession. Another is not to prejudge anything; more than once Williams came into the police view but was thought to be above suspicion.

Tell us what you learned in your research about the case that was otherwise unknown publicly.

This story was featured on 48 Hours Mystery.

About the Author
Timothy Appleby is a longtime crime reporter and foreign correspondent for the Globe and Mail.

Click here to read an excerpt
COPYRIGHT @ 2011 by Timothy Appleby. From the book A NEW KIND OF MONSTER by Timothy Appleby, published by Broadway Paperbacks, an imprint of the Crown Publishing Group, a division of Random House, Inc. Reprinted with permission.